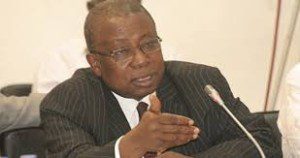 Parliament has bemoaned the extent at which the public purse is being depleted due to financial irregularities in the various public boards, corporations and other statutory institutions. This has caused the nation to lose some Ghc2.1 billion to between 2010 and 2011.

The Auditor-General (A-G) identified some irregularities in his report ranging from outstanding debts and loan recoveries, cash, payroll, contract procurement, stores, and tax irregularities among others.

After the adoption of the report of PAC on Thursday, the Speaker of Parliament, Edward Doe Adjaho, ordered that copies of the House?s contributions on the report be made available to the heads of the Public Boards and the various supervisory Ministries to investigate the malfeasance, take appropriate actions, and report to the House by October 15.

The public institutions that were captured in the report by the A-G include the Ghana Cocoa Board, Social Security and National Insurance Trust, Electricity Company of Ghana, National Electrification Scheme, National Petroleum Authority, Ghana Trade Fair Company, Ghana Standards Authority and School of Public Health, College of Health Sciences, and the University of Ghana.

Adopting the report of the Public Accounts Committee, the law makers attributed the financial malfeasance to weak internal controls, lack of supervision, and improper contract management.

Some members also attributed the losses to non-adherence to relevant rules and regulations, lack of policies, and failure by heads of institutions to sanction wrong doers to serve as deterrent to others.

The PAC, in its report, urged management of the various public and statutory institutions to establish and strengthen their Audit Report Implementation Committee (ARIC) in all the public institutions within their organisations in accordance with Section 30 of the Audit Service Act, 2000 (Act 584).