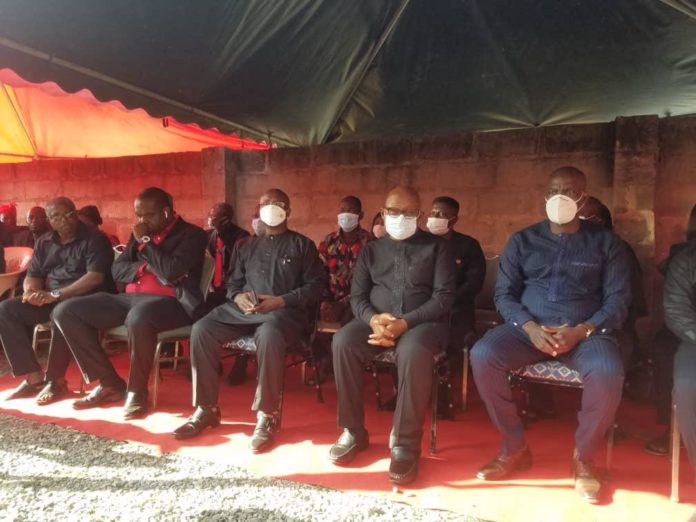 The Speaker of Parliament, Professor Aaron Mike Oquaye, has reiterated calls for Police protection for Members of Parliament.

Speaking during a visit to commiserate with the family of Mr Ekow Quansah Hayford, the slain Member of Parliament (MP), the Speaker stressed the need for pragmatic steps to protect MPs to prevent further attacks on them.

“We will have to look at this seriously because it is urgent. I believe that the Interior Minister will go all out and ensure that MPs are given maximum protection,” he said.

He said by the nature of the members’ job, it was likely they might not be liked by all, hence the need for some level of protection for them.

Mr Osei Kyei-Mensah Bonsu, Majority Leader, wondered how many more MPs would have to die before the state realize the need for their protection.

In 2016, Mr J.B Danquah, the then MP for Abuakwa South was murdered in his house and the perpetrators were yet to be established.

“Some of us have been calling for protection for MPs for some time now but people do not understand and say all sort of things. How many more MPs will have to die before people understand that MPs need police protection,” he said.

He added that the late MP could have survived if he had police protection.

For his part, the Minority Leader, Mr Haruna Iddrisu described the late MP as a fine gentleman, who always beamed with joyful smiles and said Ghana had lost a great asset.

He said the cruel murder of the MP must be a reawakening of policing in Ghana and called for protection for MPs.

“I pray that God will give you the fortitude to accept your loss,” he said while conveying his condolences to the family and hoped that justice would be served at the end of the day.

Mr Hayford, 49, was shot by unknown assailants who stopped his vehicle on the Abeadze-Dominase–Abeadze-Duadzi– Mankessim road while returning from a campaign trip.

AI condemns the murder of Georgina Aso Botchwey in Mankessim