Parliament on Wednesday announced a break “to afford Leadership and the Committee of Selection the opportunity to compose other committees of the House for the effective conduct of parliamentary business.”

The break, would last for two weeks, and the House will reconvene on January 24, 2017.

Majority Leader Osei Kyei-Mensa-Bonsu, announced the break in the Business Statement for the Second Week, ending Friday, 27th January, 2017, on the floor of the House.

This brief break would also afford the Appointments Committee ample time to conduct the public hearings, report on present reports as well as consider the nominations made by President Nana Akufo-Addo for ministerial positions, and subsequently report to the House for consideration.

The President has informed Parliament of 25 nominations of persons for ministerial positions in his administration.

The Majority Leader said there would be a residential induction seminar for new legislators and those who have not benefited from any induction programme at the Ghana Institute of Management and Public Administration (GIMPA) from Friday, January 27 to Monday, January 31, 2017.

“The seminar would afford especially new members the opportunity to be equipped with the necessary guidelines that will facilitate their work as Members of Parliament,” Mr Kyei- Mensa- Bonsu said.

He said the Leadership of the House, would as soon as practicable after the first seminar, arrange another induction and orientation seminar for all Members of the Seventh Parliament.

The Speaker of the House, Reverend Professor Aaron Mike Ocquaye, at Wednesday’s sitting, cautioned that the House would seriously observe the dressing code, which could be African, Oriental, or European but formal.

“Let’s be mindful of that, and do it well,” the Speaker said.

Meanwhile, the House on Wednesday, as the day before, spent quite some time in the correction of names and constituencies wrongly spelt. A number of members also drew the attention of the Speaker as having being marked absent, while they had been present.

The Speaker on the previous day had allowed the corrections, to allow especially new members to develop confidence.

However, it was the consensus of the House that members consulted the Table Office to effect the necessary corrections, as well as members to write their names in the Attendance Book, for the correct spellings of their names and their presence to be captured. 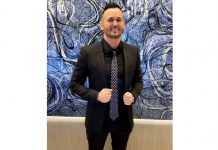 How Bryan Michael Nolan Has Come to Dominate the Nightlife Industry

Key Marketing Strategies That You Must Learn from Ken Johnson 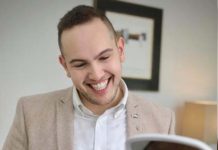 Meet Sarah Apew, The Pretty Boxer With The Big Punch