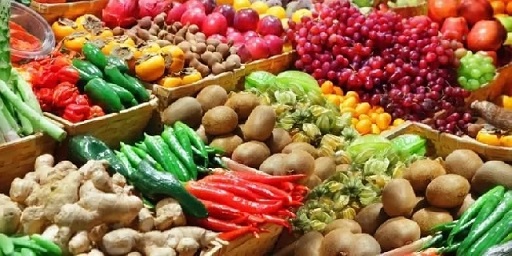 The Parliamentary Select Committee on Food, Agriculture and Cocoa Affairs has commended the Savannah Zone Agricultural Productivity Improvement Project and the Savannah Investment Programme (SAPIP/SIP) for helping to boost food production in the country.

Mr John Osei Frimpong, Chairman of the Parliamentary Select Committee, who gave the commendation on behalf of Members of the Committee, said the two projects had lived up to expectation and would contribute significantly to ensuring the country’s food security.

Mr Frimpong gave the commendation after Members of the Committee toured the 450-hectare maize and soya bean farm at Sanzee in the Mion District and about a 40,000-bird poultry farm at Gbalahi in the Tamale Metro, all in the Northern Region.

The tour was to allow Members of the Committee to appreciate the operations of the various government interventions to improve the agricultural sector and to achieve the Planting for Food and Jobs Programme.

The two farms are owned by Cudjoe Abimash Farms, a commercial farmer, who has received support from SAPIP/SIP to help him to increase his production to 954 hectares of maize and soya bean this year and thousands of birds for his poultry farm.

The SAPIP project, an intervention by the government, which began in 2018 and would end next year, supports farmers in the Northern Savannah Ecological Zone (NSEZ) with inputs, technical services in terms of land preparation, using appropriate machinery and market linkages, among others to increase production of maize and soya bean for food and, especially, the country’s poultry sector.

The SIP, which is also an intervention by the government, supports animal production in the NSEZ by supplying poultry birds to farmers and helping to feed them for the first two weeks and loaning ruminants to farmers to boost production.

The two projects work together to ensure that the poultry and animal production sectors depend on the maize and soya bean for their feed.

Thousands of farmers in the NSEZ have so far benefited from the two projects.

Mr Frimpong gave assurance that the Committee would work with the Minister for Food and Agriculture to ensure the extension of the SAPIP project to help sustain the gains made so far.

He also commended Cudjoe Abimash Farms for embracing the best agronomic practices and efforts to ensure the availability of feed for the poultry sector to reduce the cost of poultry feed in the country.

Dr Godfred Seidu Jasaw, Deputy Ranking Member on the Parliamentary Select Committee on Agriculture and Cocoa Affairs lauded Cudjoe Abimash Farms for its impressive performance under SAPIP/SIP and expressed the need for measures to consciously support farmers to accelerate efforts at ensuring food security in the country.

Dr Jasaw called on poultry farmers to work with the Ministry of Food and Agriculture and commercial farmers by supporting them to produce poultry feed for them at affordable prices to boost their production.

Mr Felix Darimaani, the National Project Coordinator of SAPIP/SIP, who made a presentation on the two projects to Members of the Committee in Tamale on Thursday, said 7,000 hectares of maize and soya bean had been cultivated this year under SAPIP, saying the project was on course to achieving its target of 20,000 hectares by the year 2024.

Mr Darimaani said 118 commercial farmers and a host of smallholder farmers were benefiting under the SAPIP project to achieve its targets.

He said the SIP interventions would supply 100,000 broilers to farmers and feed them for the first two weeks in preparation for the Christmas season while 100,000 guinea keets would also be supplied to farmers by this month.

He said the two projects had helped to transform agricultural production in the NSEZ and appealed for support to extend the SAPIP intervention to sustain the gains made so far.

Alhaji Mashud Mohammed, Chief Executive Officer of Cudjoe Abimash Farms, said, “Before SAPIP came, I was cultivating only 31 hectares. Now, with the support I get from SAPIP, I have increased my production of maize and soya bean to 954 hectares this year.”

Alhaji Mohammed added that “With SAPIP, we are saving a lot in the area of conservation agriculture. We save the cost of continuous ploughing among others.”

He lauded SAPIP/SIP, saying he would continue to increase his production to create more jobs while ensuring food security in the country.