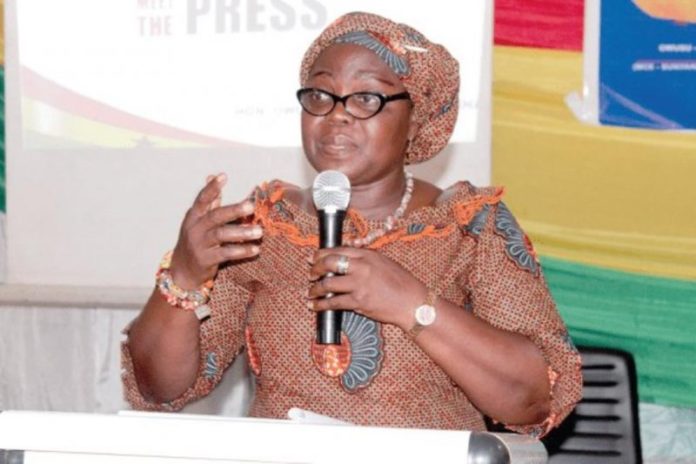 Madam Justina Owusu-Banahene, the Sunyani Municipal Chief Executive (MCE), on Thursday appealed to health personnel to partner with religious groups in undertaking immunization programmes to facilitate the attainment of targets.

She observed that the prevention of members, particularly children by the leadership of some religious groups, from being immunized against diseases was very worrying because children who are the country’s future leaders should not grow with abnormalities or be killed by preventable diseases.

Mad. Owusu-Bannerhene made the appeal at a day’s forum with stakeholders for immunization advocacy initiative in Sunyani.

The occasion also coincided with the 14th annual general meeting of the Ghana Coalition of NGOs in Health (GCNH) to build their capacity to be able to support and sustain immunization in the country.

It was under the theme: “Mobilizing Communities for Sustained Immunization Services and Post COVID-19 Interventions: The Role of The Civil Society Organizations (CSOs).”

She said support from foreign partners to immunize children against the 15 killer diseases such as polio which was crippling and deforming children strangely from age one to five had helped to reduce or eradicate some diseases in the country.

Mad. Owusu-Banahene warned parents who prevented their children under 18 years from being immunized against any disease could be arrested and prosecuted since such children were not matured enough to decide for themselves.

She implored the public to embrace and support immunization exercises by the Ghana Health Service to prevent the outbreak of diseases from some endemic communities and generally in the country.

Dr Gabriel Gbiel Benarkuu, the national Chairman of the GCNH, said the forum aimed at influencing and coming out with a communiqué to inform the government to create a fund to support immunization exercises in the country.

He said donor partners had hinted that by 2025 all support for immunization in the country would be withdrawn, saying there was, therefore, the need to draw government’s attention to create a fund to sustain immunization exercises.

Dr Benarkuu said the government spent more than US$44 to immunize 1.2 million children against diseases annually.

He advised those who harboured misconceptions about vaccines and spread false information whenever any vaccine was introduced by the health authorities to stop such unpatriotic acts.

Dr Otoo described such falsehoods as a disservice to the public interest because it could result in the death of many and cause disasters in the country.

CSOs push for incorporation of health issues in 2023 Budget