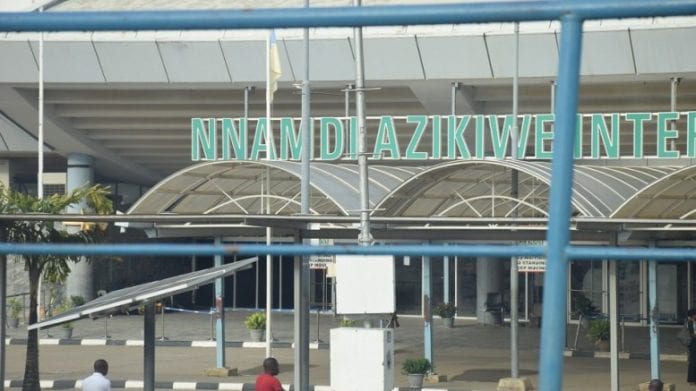 …Their tales from airport security are weird, sad and sometimes alarming.

Response to complaints by several airport users and passengers submitted to Per Second Newslast week turned up hundreds of stories from the front lines of the Nnamdi Azikiwe Airport in Abuja.

Vandalism and car theft rise inside the airport car park tops the list of complaints by airport users.

“I wouldn’t say this is normal by any stretch. There’s been a surge in stolen vehicles lately. The number of car thefts and vandalism has been rapidly increasing the past three months, said Seun Olonade, who works at the airport.
According to Investigations by Per Second News, vehicles parked at the parking lot are usually watched by “touts” who are often tipped off by car owners.

One of the “touts”, who spoke on anonymity, disclosed that vehicle owners who leave their cars at the airport pay them N4,500 each day as fee for their services.

“If you want your car to sleep over at the airport, you will meet us and pay N4,500. After the payment, we will chain your car till you come, and it will be very safe. The N4,500 goes to FAAN,” he explained.

He also revealed that they collect N25,000 for wrong parking, adding that the money goes to BashFast Ventures Tow Managers.

According to him, the company is owned by a retired FAAN Director.

Several passengers complained security officers were unobservant, overzealous, rude or rough. They said X-Ray officers busy themselves with obtaining money from passengers rather than doing their job.

One man said he self-reported himself in December after making it through security with an electric knife, two blades and a meat fork in his carry-on luggage.

“I was shocked that such dangerous items had made it through security. In light of the current terrorist threats, I thought that this incident should be brought to your attention,” he wrote to Per Second News.It’s been chaos on the ground floor of the Nnamdi Azikiwe international airport for the past two weeks as all lifts are not working.
The situation has been a nightmare for old and disabled passengers trying to make their way around the terminal to their departure gate.Per Second News visit to the airport reveals that out of the two Avio-bridges serving the international wing of the airport only one is functional.

“I use a wheelchair and can’t walk up stairs. How do I access the plane when there’s no air bridge?”

According to an airline staff who narrated the weird incident to our correspondent, the only available avio-bridge, was in use as at the time when the EgyptAir aircraft landed.

A clumsy scenario ensued, with no other option available to ground staff who were available at the time of landing, they were forced to carry the physically challenged persons on their shoulder off the aircraft as other passengers alighted.

Speaking further, the staff explained that one of the crew members of EgyptAir was amused by the incident and mumbled the following words, “What a giant of Africa?”

Most of the passengers added that although minimal improvement has been recorded at the NAIA, a lot more still needs to be done in managing the existing facilities and the need for more facilities to be provided to cater for the needs of passengers should any of the facilities in use breakdown.

Efforts to reach the Terminal Manager of NAIA, as at the time of filing this report proved abortive as her number was switched off.