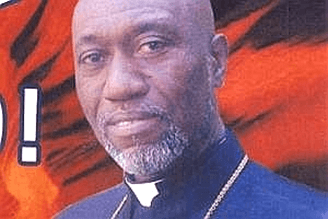 Apostle Kofi Nkansah-Sarkodie, Founder and General-Overseer of the Open Arms Ministries at North Suntreso in Kumasi, has been apprehended by the Ashanti Regional Police Command for breach of a Presidential order on the holding of church service.

The clergyman, who is currently in custody, was picked up on Wednesday, March 18 this year, following a tip-off to the police to the effect that, the Apostle had gathered his congregation for a church service.

The Ghana News Agency gathered that it took personnel of the Regional Police Buffalo Unit a hell of time before arresting the apostle as some of the church members, who could not come to terms with the action of the security men, sought to resist the arrest.

The President, Nana Addo Dankwa Akufo-Addo, in a nationwide televised address on Sunday, March 15, announced directives by the government to ban all public gatherings, including church services, as the nation took precautionary measures to stem the spread of the coronavirus disease.Ghana has so far recorded seven confirmed cases of the disease.