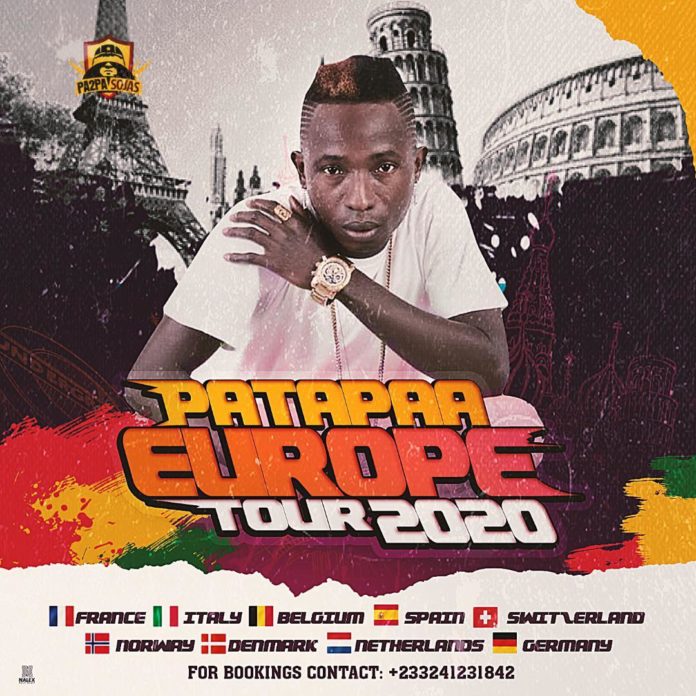 Justice Amoah popularly known as Patapaa will kick start his tour of some selected European countries starting on February 18, 2020.

The one-month tour would see the top Ghanaian artiste thrill fans in countries including France, Italy, Belgium, Spain, Norway, Germany, Denmark among others.

Patapaa after his Europe tour would also embark on another tour in the United States of America (USA) later in the year where he is expected to perform on some big musical stages.

Belgium, UAE among biggest clients for Namibia’s diamond in next 3 years