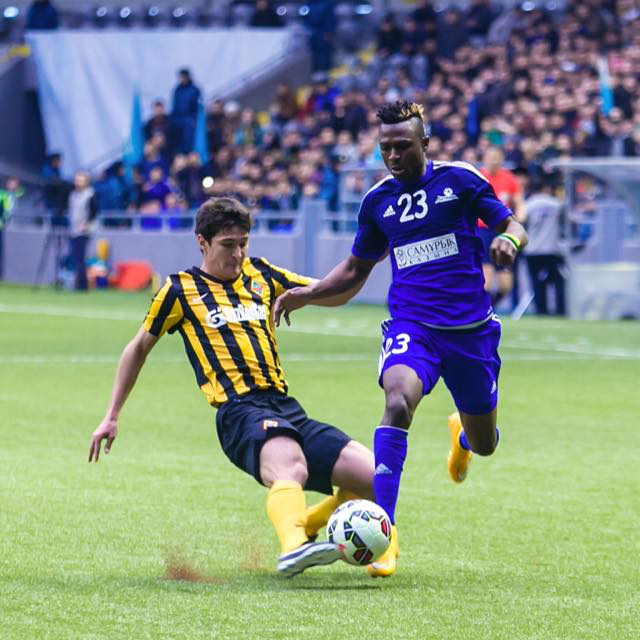 Patrick Twumasi in action for Astana

Ghanaian striker Patrick Twumasi has expressed confidence of rediscovering his scoring form for Astana FC in the Kazakhstan Premier League.?

The 20-year-old forward who emerged top-scorer in the league last season has bagged just two goals since the start of the season.

Twumasi has failed to find the back of the net since scoring in early March but he is sure to recapture his scoring form and fight for the Goal King Award though Ivorian Gohou has taken a commanding lead with 9 goals.

Ghana Wins Against Madagascar Is A Big Step – Gideon Mensah