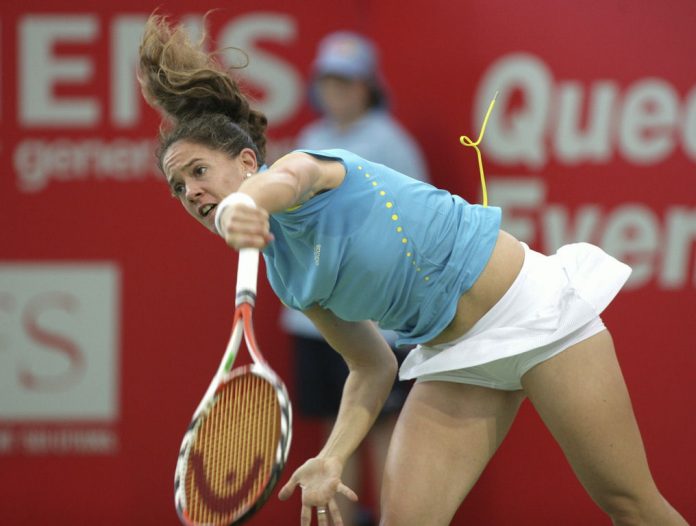 Patty Schnyder won her first WTA-level match since 2011 on Tuesday after defeating Swiss compatriot Amra Sadkovic 6-4, 6-7 (7-9), 7-6 (8-6) to reach the second round of the Ladies Championship Gstaad.
Schnyder, a 2004 Roland Garros semi-finalist, lost as a wild card at the alpine venue a year ago. The world number 257 has claimed 11 single and five WTA doubles WTA titles over the course of her career.

The 38-year-old, who retired in 2011 after a first-round Roland Garros loss, returned to tennis in 2015 but has spent almost all of her time in the lower tournament levels of the sport.
“I’m not watching the rankings too much, I just want to play and compete again. I’ve always had that desire, that passion,” she said.
Schnyder had to fight to gain victory against Sadkovic, wasting four match points while leading 6-4, 5-2.

With the contest going into a deciding third set, the Swiss veteran finally prevailed after more than two and a half hours, winning on her seventh match point.
Schnyder remains the last Swiss standing after two days of play in the Bernese Oberland. Holder and seventh seed Viktorija Golubic was bundled out by qualifier Antonia Lottner, 5-7, 6-4, 7-6 (75), who is set to be Schnyder’s second-round opponent.
GNA

Wawrinka thinks Djokovic is much needed at Roland Garros