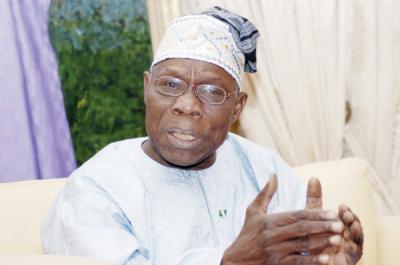 The Rivers State Chapter of the All Progressives Congress (APC) says it is shocked by the shameful lies being spewed out by the Peoples Democratic Party (PDP) in the State, particularly that regarding the working visit of former President, Chief Olusegun Obasanjo, scheduled for next week Monday, 17th?February, 2014. ?The APC in a statement today by Chief Eze Chukwemeka Eze said: ?It is not in our character to join issues with a group whose stock-in-trade is falsehood and the dishing out of lies upon lies against a performing Governor just because he decided to dump the visionless Peoples Democratic Party and join his soul mates in APC, where he truly belongs. Even so, we are constrained to respond and set the records straight because lies, when told many times without being challenged, could be accepted as fact by the unsuspecting public. In this regard, we wish to respond as follows regarding some of the malicious lies by the PDP leadership in Rivers State as contained in a statement issued by the propagandist Jerry Needam alias ?Jerry the Liar? on behalf of the PDP?s factional State Chairman, Mr. Felix Obuah:

To put it mildly, this is a senseless lie that calls to question the mental state of those making the allegation, for there is no way any sane Governor would wake up and decide to commission projects executed eight years back by his predecessor. It is very unfortunate and sad that Mr. Felix Obuah is allowing a fellow like Jerry Needam to continue to ridicule him in this manner. The truth of the matter is that Governor Chibuike Rotimi Amaechi has in his six years of being in the saddle surpassed the achievements of all previous administrations since the creation of Rivers State in 1967 put together. He therefore has more than enough completed projects for General Obasanjo to commission during his forthcoming working visit to the State.

This is a fact well known to Mr Jerry Needam, whose newspaper, the Port Harcourt-based local tabloid,?National Network, in its edition of Vol. 9 N0 45,?Nov.14th – 20th,?2012 published an article titled??Amaechi: Five Years Of Education Revolution In Rivers State? (http://www.nationalnetworkonline.com/VOL7/vol9n45/education.html)?in which Governor Amaechi?s efforts in education in Rivers State were described as revolutionary. The article pointed to the 24 Model Secondary Schools that are better than some universities in Nigeria being built in each Local Government Area of the State, well-structured and fully equipped with modern-day educational, recreation and boarding facilities with standard housing for teachers. These secondary schools, according to Jerry Needam?s own?National Network, have grossly been referred to by observers as universities.

In the same edition, it was stated that the Rivers State Government is targeting building 700 Model Primary Schools with 500 already completed, each with 20 classrooms, costing N3.1 billion each and equipped with ICT facilities, modern library, science laboratory, football field, basketball pitch, volleyball pitch and nursery playground. The paper reported that these Model Primary Schools are built to the standard of the United Nations as obtainable in developed parts of the world.

It is necessary to point out that the Rivers State Government is currently running free primary education with free books and uniforms, provisions of library and internet facilities for the primary schools. The government has acquired 150 hectares of land to relocate the premier University of Science & Technology in Nigeria, the Rivers State University of Science and Technology (RSUST), to a bigger and better permanent site. The new site is expected to have facilities that will accommodate no fewer than 50,000 students.

Rivers State under Governor Amaechi?s watch has been adjudged the Best Performing State in the Education Sector within the South-South zone. In recognition of this the Federal Ministry of Education has rewarded the state with the sum of N70 million for its performance. The State has offered scholarships to over 2,000 students in Nigerian Higher Institutions and has spent about N5bn on her students in foreign academic intuitions. The State is building a world-class university which when completed will turn out well equipped graduates that will hold their own in any field and compete with the best in the world.

Indeed, detailing the efforts of Gov. Amaechi in the education sector in Rivers State is attempting to write a book. For Jerry Needam to claim that General Obasanjo is coming to commission schools built by Sir Peter Odili therefore raises questions about Jerry Needam?s mental state and emphasises the need for him to immediately seek medical help before he starts to pick papers on the well tarred and clean roads built by Gov Amaechi thinking that there are flats of houses.

Knowing that Mr. Felix Obuah maybe a bit handicapped to assist Jerry the Liar in this regard, we wish to appeal to Mr Sampson Parker, the Commissioner of Health to come to his aid as a matter of urgency as Dr Ikanya the APC State Chairman has accepted to foot his medical bill.

2.?On PDP?s claim that Amaechi is the cause of unemployment in Rivers State:

This, again, is a very unfortunate statement. Rivers State Government has one of the biggest workforces in Nigeria with 65,000 civil servants, yet the Governor has exploited other avenues to create more jobs for our teeming youths. It is on record that in one fell swoop, Governor Amaechi employed about 13,000 teachers, a feat no other government in Nigeria has achieved both past and present. About 400 medical doctors have been employed by this administration while efforts are made on a daily basis to create more jobs for our people through countless projects going on in the State though construction of schools, roads, health centres agriculture, etc. The fact remains that the menace of unemployment in Nigeria would have been greatly reduced if the Federal Government had pursued job creation with the same zeal showed by the administration of Governor Amaechi. Read my article titled??Unemployment In Rivers And Amaechi’s Magic?Wand? and published by?Vibe Ghana?on?Aug 29, 2013(http://vibeghana.com/2013/08/29/unemployment-in-rivers-and-amaechis-magic-wand/) to appreciate the magical touch by this unassuming leader of our time to understand the sorrow state people like Jerry Needam through unguided leaders like Felix Obuah have placed Rivers State as if we are people without brains.

3.?On why Obasanjo should be invited to commission projects in Rivers State after declaring Amaechi?s ambition as having K-Leg in 2007:

This demonstrates how myopic Jerry Needam and Felix Obuah could be. That an incident that happened since 2007 should becloud the sense of reasoning of Jerry Needam and his likes shows that they are still living in the past. It also exposes them as hypocrites because Christianity, to which they profess, teaches us to be forgiven and not to dwell on the past. To us in Rivers State APC, Gov. Amaechi should be congratulated and commended for fishing such a big personality like ex-President Obasanjo to visit our State to commission some of the people-oriented projects so far executed by his administration.?To us in APC, General Obasanjo is a leader with pedigree and should not be insulted by the injudicious people in PDP in the State as the planned visit of the former President is historical as we urge our people to come out enmasse to welcome this great African Leader.

On PDP?s claim that Senator Magnus Abe and Hon. Chief Dakuku Peterside?s alleged gubernatorial ambition warranted the hiring of hoodlums by their supporters to disrupt the just-concluded APC Registration in the State:

This illustrates why Mr Jerry Needam is well known in Rivers State as Jerry the Liar. How could distinguished Senator Magnus Abe and Hon. Chief Dakuku Peterside?s alleged ambition warrant their supporters to attack and disrupt the registration exercise of a party that will enhance the said ambition? This just does not make sense! For the avoidance of doubt, let us reiterate that contrary to insinuations by the sinking PDP, Governor Amaechi has not anointed any politician or zone the gubernatorial ticket of the party to any zone or tribe even though we have over 35 political heavyweights who are well qualified to govern Rivers State come 2015. Gov. Amaechi had during a stakeholders meeting recently told all and sundry to keep their ambition at bay to enable us build APC to a party we all can be proud of. He made it clear that we have a process of electing our flag-bearers when the time comes. The fact remainsthat any serious minded politician who wants to vie for any elective post in Rivers State come 2015 must look for the APC ticket, if such a politician actually wants to be taken serious as PDP is firmly dead in the State and we thank the people of Rivers State for this feat.

?Finally, the good people of Rivers State should, therefore, disregard the senseless lies of Jerry Needam, Felix Obuah and the sinking PDP?, the party enjoined.

Obasanjo is a demagogue, a threat to democracy – Group

Buhari has failed the test of leadership – Obasanjo

Obasanjo’s movement for Nigerian women and youth in politics

Kufuor and Obasanjo Will Always Be Our Presidents

Zambia to complain to Nigeria over Obasanjo statement

Nigeria: Obasanjo And Jonathan Said To Have Failed Northern Christians