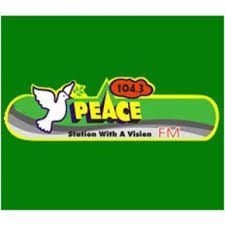 It has become part of me every good Saturday morning to wake up to the Mirror newspaper, listen to Newsfile on Joy FM and Peace FM’s Entertainment Review in the afternoon.

Last weekend, I had a chat with a group of friends about these new business of people breeding foreign dogs as pets and selling their offspring for some good cash.

One of the guys known to be so negative to any idea of a popular trend went off tangent as usual, to suggest that, as Africans we need to stop keeping dogs for security reasons but rather, have monkeys well trained and given ‘ad)ma’ (bells) , to raise an alarm whenever an intruder comes into our homes.

At that point, I just saw a Kwaku Ananse and Ntikuma scenario. I just saw a typical situation of a? guy greeting a goat good morning.

Thus, Trying to be to overly intelligent.

In Ghana, we got experts in almost every sphere, be it football, politics, and law. This one of the many reasons why I love my country. And it was no surprise, hearing one NDC serial caller ‘sly’ cry for Nana Addo on Kwame Sefa Kayi’s morning show for being insulted.

That is what the majority of guests on Peace FM’s entertainment review are gradually becoming. Jokers!

The host himself who over time has become an authority not just for his show but entertainment in the country likes to pass disparaging and sarcastic comments, often to mock just anyone in show business they don’t like or happen to be in the news.

I listened to one of their programmes after Sonny Badu was recorded to have insulted his colleague gospel musicians and as if some of the guests had something personal with the artist, they run him down with irrelevant issues even to the point of guests about how his name should be pronounced.

In a typical style, the host initially tries to stop guests or pull brakes on himself and then descends into the gutter with them.

I have on another occasion watched a Youtube video of the same host interview Nana Ama Mcbrown in London where he thoughtlessly mocks a Ghanaian actress who was reportedly arrested for shop lifting in the London, which Nana Ama distanced herself in the very video.

His guests do well know everything.

As smart as they are, last weekend his guests waded into the issue of the Ministry of Sports’ Ambassadors selected to solicit funds from corporate bodies for the Blackstars and its supporters.

The host’s usual guests had a lot of smart things to say, with my favourite, Okraku Mantey suggesting how good the whole idea is since it is a policy adopted from the Nkrumah government.

He didn’t end there, but went further to question how these people were selected.

As if these people don’t merit Ambassadors, he suggested that, next time such selection should be referred to MUSIGHA, Ghana Actors Guild for their committees to pick people for such programmes.

I just think Mark in the face of the whole GHAMRO/MUSIGHA and Kumi Guitar? issues with his all so seeming perfect ideas isn?t the best person to suggest anything to any Ministry on how to select people.

In this country, where he sits on a board of a dysfunctional group like GHAMRO with all its issues not forgetting how he on a board like VGMA will not mind pushing for his artist, Kumi Guitar to be made a nominee, I wonder the credibility of any such board to select people that will be so deserving. Who are better alternatives?

As if that was not enough, Halifax, a seemingly disgruntled guest decided not to comment, well maybe he found the ambassadors not worth his time.

One of the guests went as far as suggesting that, John Dumelo, Jacky Appiah didn’t merit to be selection.

Another asked how relevant it was for Azumah Nelson is to be picked.

But, to sum all these comments, was a suggestion by one Freddyma. He threw in an expensive idea, that at least someone from the Sports callers should have been selected. Well, Sports callers are the equivalent to the guys who call into radio stations commenting on NPP and NDC.

They just call and make noise about who should have been called to the National team and who a good coach is.

At that point, I turned my stereo player off, angry, took a glass of wine, thought to myself how interesting we are as a people.

At least, what I read in the papers stated that, these people were to solicit funds from corporate bodies. And to the best of my knowledge almost every one of the ambassadors merit that call in their capacities and their works to undertake what they have been called to do.

They are full blooded Ghanaians with significant following who in one way or the other have records to generate funds the ministry will need.

The least talk about somebody sitting in Kumasi calling for actors and actresses from Kumasi to have been selected just because Kumasi people are better supporters of the team, the better.

I think the one who sent the so called PRO of the Kumasi Actors Guild to go on that mission gave him a bit of the particular weed Lil win was holding at the GH meet Naija concert, guess a bad joke.

As a nation we can do better with some common sense and nationalism.

The syndrome of ‘if it is about somebody we can condemn and if about us, just wash under the carpet’ is ugly.

Peace FM has a good show but just some of his guests and the host himself should put themselves in good check.