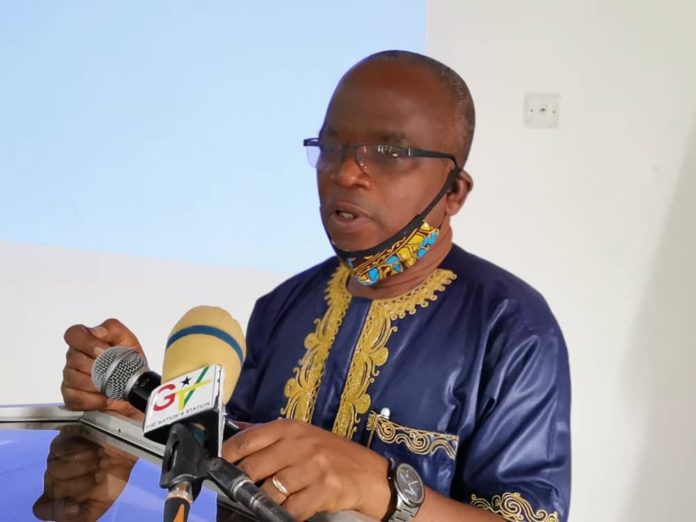 A peaceful Election 2020 will concretize and bring the nation’s multi-party democracy to a conclusive success, Mr Yaw Boadu Ayeboafo, the Chairman of the National Media Commission (NMC) said on Thursday.

“Our democracy is getting deeply entrenched and a peaceful general election is required to concretized and make our democracy triumph” Mr Ayeboafo stated, when he addressed the opening session of a media training workshop held in Kumasi.

The Electoral Commission (EC) in collaboration with the Ghana Journalists Association (GJA) organised the day’s workshop attended by about 100 Journalists and media practitioners drawn from Bono, Bono East and Ashanti regions.

It was aimed at sensitizing the participants on electoral laws and good ethical reporting to empower them to report accurately on the forthcoming December 7, Presidential and Parliamentary Elections.

Mr Ayeboafo indicated that the Election 2020 was not all that critical and crucial ‘because the contest is mostly between two people who have tasted political power and defeated each other”.

Mr Ayeboafo indicated that the media remained a key player towards ensuring peaceful and successful elections, and advised practitioners to double-check and authenticate their facts on election results before going to press.
He cautioned the media to be wary of politicians who might exploit and use them to achieve their selfish political gains in the election season.

The media, Mr Ayeboafo explained was the only non-state actor enjoined by the 1992 constitution to hold the government accountable to the people, and advised Journalists to be circumspect in covering the December 7, polls in order not to plunge the country into chaos.

Mr Affaiil Monney, the President of the GJA to allow national interest to override their personal interest, remain impartial and ensure that their reports did not cause political tensions and trigger violence before during and after the elections.

“As journalists we must be guided by a high sense of nationalism and love for nation and we could do this if we allow national interest to override our parochial interest”, he advised.

Mr Benjamin Banor-Bio, the Ashanti Regional Director of the EC gave the assurance the credibility of the EC was always guaranteed and advised the media to remain neutral and be circumspect in their reportage to facilitate peaceful elections.