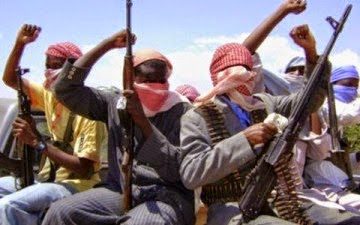 What is the international law on kidnapping and trafficking? What does the UN Charter say and which countries have signed unto them?

The evolution of the terrorist group Boko Haram since 2009 has been very phenomenal in the oil rich country of West Africa, Nigeria. What looked like a campaign against the government has now deteriorated into an insurgence on ordinary citizens of the country. Hiding behind Islam, a claim that has been rejected by Islamist all over the world, exposes the group?s launched attack on government structures including police stations; but their recent attacks exposes them as not being jihadists but a terror group with twisted ideologies.

But the question on the mind of many is that how did a small group evolve into a force that can kidnap over two hundred girls? How come their operation is so well coordinated that government forces did not have the slightest hint on these attacks? Reports in recent times indicate that the government forces had prior notice but refused to act, a claim that casts doubt on the seriousness on the part of the government to arrest the situation and deal with Boko Haram. The kidnapping of over two hundred girls from their school is an arranged posture to the world that their insurgence cannot be curtailed by the Nigerian forces. Have they infiltrated the ranks of government or the forces of the country? What is happening on the ground will need the assistance of everyday people whose actions or inactions may have aided in the kidnapping of the girls. Are there big shots backing them?

The latest videos released by this terrorist group show the girls in a forest-like camp area. How can they own secret camps without the consent of the land owners or have they by raids of some villages in the north rid the area of possible neighbours, if not it means they do have accomplices who are ordinary citizens by way of force or consent. What is their national security and intelligence unit doing? The claim to sell the girls in neighbouring nations is an insult to the ECOWAS Charter as well as that that of the African Union. Heads of these states mentioned by the leader of the Boko Haram group Abubakar Sakau need to come out to make it clear that citizens of their country will not condone any such acts. They need to declare a state of alertness in their countries, strengthening operations at their borders. Security at the borders is vital. Bribery at the borders will be a major means of getting them out into these other nations. Unapproved routes at the borders must be tightened and patrols intensified. A fear of confrontation should not be a deterrent for nations sharing borders with Nigeria that may become routes for trafficking or the destinations for the sale of these girls to stand aloof and take no action. These girls may be transported through cargo trucks and/or containers, civilian buses or even private vehicles with forged documents acquired for them to deceive unsuspecting officers.

What are the conditions of these girls by now living under conditions which will certainly be uncomfortable with infections of all kinds through various activities and all forms of exposure? We can only imagine the lot of these girls under their captors.? Are they in forced labour including prostitution, slavery, marriage, etc? They will definitely be in trauma, fatigued, depressed and experiencing many forms of psychological conditions? under the current conditions they find themselves in, not knowing what the future holds for them a dilemma that must end now.

For those who were said to have escaped during the raid of the school, a fear of torture from opposing the kidnappers will cause a surrender leading to all forms of exploitation. Governments of various nations have now released personnel to help track the girls held by the Boko Haram. This fight is no longer one that involves Nigeria and this terrorist group but a fight between the entire world and Boko Haram. With every group that Boko Haram has claimed a certain allegiance to openly denying them as not representing or truly sharing in their belief and what they stand for, clearly Boko Haram is by now singing ?me against the world?.

America, United Kingdom and Israel have all committed Special Forces to help find the girls after bring-back-our-girls campaign took a global turn, the first lady of America adding her voice to the campaign. While the world gets involved in finding the girls, the people of Borno state have found the courage to stage a resistance that some say is long overdue. The people of Borno who staged the resistance are certainly making it clear that the arrangement being displayed by Boko Haram has been allowed to endure because the state was expected to curb their insurgence but with the state making it clear to the world that they are not up to the task the people have taken to arms. The fear though is that this can escalate the situation since it is evident that Boko Haram is more resourced in arms than these locals taking a stand against them. The question on the minds of many is that are the foreign forces aiding in the search for the girl only interested in finding the girls and allowing Boko Haram to continue terrorizing the people of Nigeria? With the information that will be gathered by the Special Forces on the ground will it be used to stage an attack to annihilate this terror group? Is it time to end this menace called Boko Haram? Will the government of Nigeria end this menace or allow the immergence of militia groups in defense of their communities which may later come to hunt the country?

After the forum in France with African leaders who share borders with Nigeria declaring war on Boko Haram, a series of strikes on innocent civilians in public places in Nigeria is a show of response. Is it a way to intimidate the government and those committed to the agreement in France or it is a show of power inspired by fear from the agreement? With over three million people said to be currently displaced in Nigeria some form of action needs to be taken now and fast before vigilantes spring up all over the northern part of the nation. The horse may have run out of the barn before trying to lock it but it hasn?t run too far away and can be clamped down.

DJ Kelblizz Says He Has Been Crushing On Ayra Starr

Keta Port environmental impact assessment to be done this year

Adoption is not done through middlemen – Social Welfare

We’ve done a lot to reduce hardships, more interventions in the offing-Bawumia