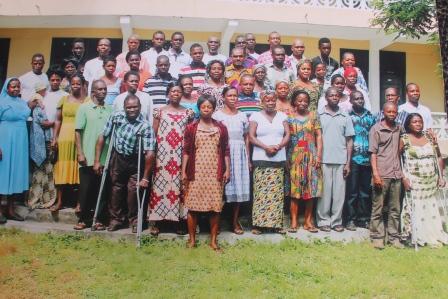 Some People Living With Disabilities (PLWDs) in the Ho Municipality have lauded the effectiveness of the Alternative Dispute Resolution (ADR) and described it as a ?friend? to the vulnerable. They said, but for ADR, they could not access justice because of the rising cost of judicial services and transportation, which had placed justice beyond their reach.

The PLWDs said this at a training on ADR organised by Ho Catholic Diocesan Development Office for selected Community Based Organisations, Assembly Members, the Unit Committee, youth and women groups in the Volta region.

The training was supported by STAR-Ghana.

The PLWDs said for years now, some of them had resigned to their fate and had been enduring acts of injustices in society but had began enjoying ?some fairness? through ADR.

They said the ADR system gave them voice and equal opportunity to seek justice wherever they were.

Ms Rejoice Agbenutifafa, a participant, said PLWDs faced a lot of injustices in rural communities where there are no law courts but was hopeful that with the ADR they could access justice.

Sister Margaret Ankamah, Head, Ho Catholic Diocesan Development Office underscored the importance of ADR and urged community leaders to use the concept to resolve disputes and save money and time.

Sister Ankamah said since July this year, traditional authorities who were trained as mediators resolved 34 spousal cases and a number of land and defamation cases.

The ADR is a range of procedures, which serve as alternative to litigation in court for the resolution of disputes. It involves the assistance of a neutral and impartial third party.

Trees Planted In Tema To Be Assigned To Assembly Members