Metropolitan, Municipal and District Assemblies in Tema and its environs are eagerly awaiting the appointment of new chief executive officers to offer direction and supervision. 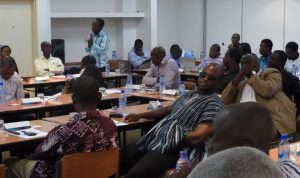 Mr Rex Mainoo Yeboah, Public Relations Officer for NIPDA, said the Assembly was dull as workers were only engaging in old and unfinished schedules.

Mr Yeboah stated that even though the outgoing chief executive officers came to the office once a while, he was not performing any official duty as he prepares to handover to his successor.

He appealed to President Nana Addo Dankwa Akufo-Addo to fast track the process of nominating a new chief executive officer for the Assembly to render the needed services to residents.

Mr Kwesi Adu-Gyamfi, Public Relations Officer for ASHMA, indicated that work pace seemed normal since the Coordinating Director was now in charge of the Assembly.

Mr Adu-Gyemfi however added that major decisions and signing of documents which should have been done by a chief executive officer, was being referred to the Regional Coordinating Council for approval.

Mr Frank Asante, TMA Public Relations Officer, on his part said work was on going even as they await the appointment and confirmation of a new MCE who would implement government’s policies and programmes.

Mr Asante indicated that the outgoing MCE was no longer coming to office adding that his handing over notes had also been prepared awaiting the new MCE.

Officials at KKDA also confirmed the slowing down of assembly works as workers looked forward to who would be nominated to head the affairs of the place.