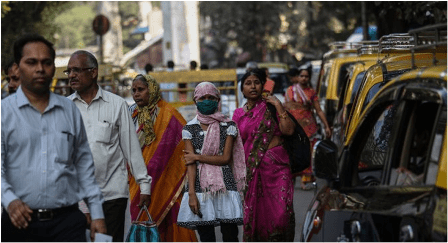 Chronic diseases like cancer and heart disease are rising fast in low- and middle-income countries, striking far younger populations than in rich countries and causing much worse outcomes, according to a new report.
Deaths from chronic diseases have risen by more than 50 percent in low- and middle-income countries over the past two decades, according to the report, by the Council on Foreign Relations. The increase is part of a shift in global mortality patterns in which infectious diseases, such as malaria and tuberculosis, have declined substantially and are no longer the leading cause of death in the developing world. The shift in poorer countries is being driven by urbanization and other major changes that have led to improvements in aspects of public health, such as hand washing, sanitation and vaccines. That has led to sharp declines in infant mortality, and in turn, to increases in life spans. The average life expectancy in Africa, for example, has increased by about eight years since 2000, according to the World Health Organization.

A breast-cancer patient in Uganda with one of her sons last year. A new report details a global shift in mortality patterns. Credit Lynsey Addario for The New York Times
Chronic diseases claim the vast majority of lives in rich countries like the United States, and some experts have said that the rise of such diseases in poorer countries is actually a sign of success, as it is evidence that people in those places are now living long enough to die of diseases that typically hit in old age.
But the report ? which uses yet-to-be-published 2013 data from the Institute for Health Metrics and Evaluation, a health research organization ? finds that chronic diseases are disproportionately striking younger populations in developing countries.

Working-age people in poorer countries have little access to preventive care and more exposure to health risks, such as air pollution, poor nutrition and lax anti smoking laws, than their counterparts in rich countries, and are more likely to develop a chronic disease. And with limited resources to pay for treatment, those with chronic diseases are much more likely to become disabled and die as a result.

In all, about 80 percent of the deaths and disabilities from chronic diseases in Africa and South Asia involved people under the age of 60, more than double the share in many rich countries, said Thomas J. Bollyky, a fellow at the council and one of the report?s authors. In lower-income countries in particular, about 40 percent of the deaths from chronic diseases occur in people younger than 60, compared with 13 percent in rich countries.
If the trend continues unabated, it could have far-reaching consequences, the report stated, including catastrophic health expenditures and impoverishment among low-income populations. At the national level, it would further strain already overburdened health systems and could lead to lower economic productivity.

In rich countries, mortality patterns changed slowly, over generations, giving health systems time to adapt. But in poorer countries, the changes are often happening too fast for threadbare health care systems that are still geared toward treating infectious diseases to cope. The report notes that spending on health care in middle- and low-income countries has tripled over the past 20 years but that it is still small: All the governments in sub-Saharan Africa together spend about as much on health care a year as Poland ? about $30 billion.
Chronic diseases are finding a foothold among much poorer people, who are less able to afford the medicines and treatment that might mitigate their illnesses. In rural Ghana, for example, minimum-wage earners with diabetes spend 60 percent of their incomes on insulin, the report noted.

Chronic diseases that are treatable in developed countries are often death sentences in developing countries, the report notes. For example, 90 percent of children with leukemia in high-income countries can be cured, but 90 percent of those with that disease in the world?s 25 poorest countries die from it.
The report, whose contributors include Thomas E. Donilon, a former national security adviser in the Obama administration, and Mitch Daniels, a former governor of Indiana and director of the Office of Management and Budget under President George W. Bush, called on the United States to make chronic disease a priority in global health funding. The United States spent more than $8 billion on global health aid in 2013, but just $10 million went to fight noncommunicable diseases.

Twitter Says It Has Fixed Capacity Issues On Its Platform

US to donate another 500 million vaccine doses to poorer countries