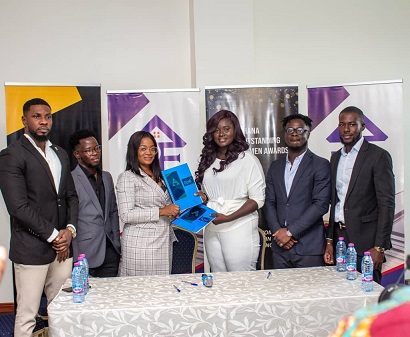 This year’s edition which marks the fifth anniversary will as usual witness women who have excelled in the areas of health, science, politics, film, and music, among others, receiving recognition for their social intervention programs in society.

Mrs Lilian Owusu, CEO of Perfect Finishing Stainless Steel, during the signing of the partnership, said supporting this year’s awards was imperative considering the strides it had made over the years.

She noted that supporting the awards scheme formed parts of its Corporate Social Responsibility programs, especially with the GOWA project aligning with the company’s objectives of rewarding women who are part of societal change.

“As an organization, we deem it vital to support this initiative of recognizing women who are contributing their quota to national development. Our CEO is a woman and a Humanitarian.

“I believe this partnership with ASKOF Productions is significant, especially in its fifth year of uniting women in the country as they quest to empower more women and make Ghana a better place,” she said.

Madam Afua Asantewaa Aduonum, Chief Executive Officer of ASKOF Productions, was grateful to Perfect Finishing Stainless Steel for supporting their brand as they honour women who have had a positive impact on society.

“This partnership is very important for us especially as we mark the fifth anniversary and also considering the various successes that have been chalked.

“We thank Perfect Finishing for believing in our vision for rewarding women and this year’s event will be massive,” she said.

The past four editions of the GOWA have seen the likes of Afia Pokua (2018), Velma Owusu Bempah (2019), and Deloris Frimpong Manso popularly known as ‘Delay’, winning the topmost award in the last two editions.

Tracy Sarkcess grabs SHERO of the Year accolade at GOWA

All set for Pose for Africa grand finale on April 3