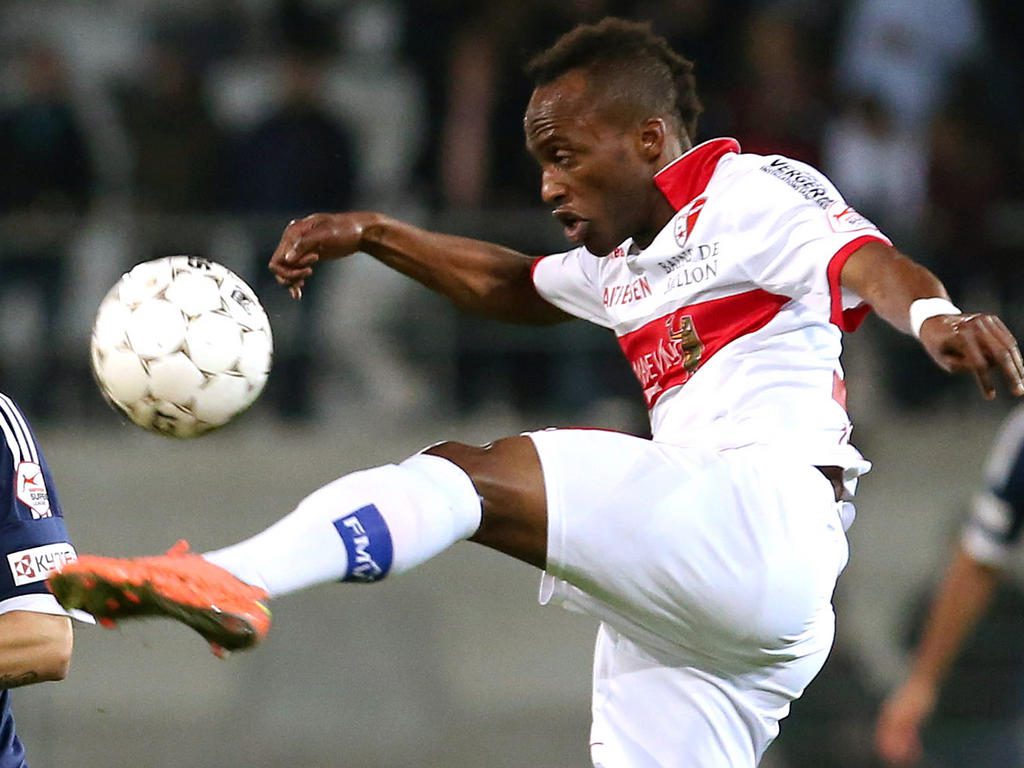 Emmanuel Agyemang-Badu continued his impressive scoring run with a goal for Udinese in the Serie A while striker Jordan Ayew improved Sochaux?s survival chances after leading them to a 2-1 away victory over John Boye?s Stade Rennes in France.

Granada CF are on the brink of dropping into the relegation zone after losing 2-0 to Almeria at their own backyard. Ghanaian youngster Fatau Mohammed was unused as he warmed the bench in the entire 90 minutes. Richard Boateng failed to make the first team squad.

Richmond Boakye-Yiadom came off the bench to play the last 18 minutes for Elche FC who were held to a 0-0 draw Barcelona on Sunday night.

Thomas Partey played 42 minutes for Real Mallorca who are close t0 dropping into the relegation zone after draw 1-1 at Numancia.

Midfielder Paul Quaye was in action for Espanyol II when they held Alcoyano to a 2-2 draw at their own backyard. Yeboah Ibrahim could not make the Espanyol squad for the game.

Isaac Nana Asare played for Atletico Madrid II when they suffered a 2-1 away loss to Barakaldo on Sunday.

Former Asante Kotoko midfielder Michael Anaba was in action for Elche FC II in their narrow 1-0 away loss to Llagostera.

Jacob Akrong manned the bench for Guadalajara when they hammered San Fernando 5-0 in the Segunda B.

Goalkeeper Razak Brimah manned the post for C?rdoba II when they suffered a 1-0 home loss against Arroyo.

In the Tercera Divison, attacker Ishmael Antwi grabbed his 15th goal of the season for Atletico Madrid when they hammered Alcobendas Sport 4-1.

Winger Ishmael Yartey came off the bench in the 60th minute and scored his second goal of the season in the 83rd minute for FC Sion who brushed FC Thun aside 3-1. He replaced countryman Ebenezer Assifuah.

Striker Samuel Afum was unused as he watched the entire duration of the game from the bench when his Young Boys Bern side demolished FC Basel 5-1 in the Super League.

In the Challenge League Ghana-born Swiss international Kofi Nimeley was in full time action for Locarno who drew 2-2 at Biel-Bienne on Sunday.

Striker Abdul Majeed Waris played the entire 90 minutes for Valenciennes but could not score as they suffered 2-1 against AS Monaco on Saturday.

Jordan Ayew scored a 33rd minute opener for Sochaux who shocked Stade Rennes 2-1 at their own backyard. Defender John Boye played the entire 90 minutes of the game for Rennes.

Winger Andre Ayew was a full timer for Olympique Marseille in their 1-1 draw at Bordeaux on Saturday.

Jonathan Mensah came off the bench in the 62nd minute to play for Evian TG who triumphed 2-0 over OG Nice.

In the Ligue 2, crocked striker Kwame Nsor watched from the stands and later joined his team-mates when they thrashed Le Havre 3-0 and were crowned champions.

AS Monaco loanee Dennis Appiah was in full time action for promoted Caen who slipped to a 3-1 home loss against Tours on Friday.

Midfielder Rabiu Mohammed came off the bench to play the last 28 minutes for Kuban? Krasnodar who lost 2-1 at Ural.

Patrick Twumasi warmed the bench Amkar Perm? bench when Spartak Moscow defeated them 1-0 at the own backyard.

Mohammed Fuseini was also unused by Terek Grozny who brushed aside Volga 2-0.

Midfielder Emmanuel Agyemang-Badu came off the bench in the 87th minute and scored in the 92nd minute for Udinese Calcio to help them draw 1-1 at Hellas Verona. Youngster Godfred Donsah was unused as he watched the entire match from the bench.

Sulley Muntari started the game and scored a 56th minute deflected goal for AC Milan but they allowed Atalanta to crawl back and beat them 2-1 on Sunday morning. Michael Essien was an unused substitute by Milan.

Kingsley Boateng was on the Catania bench when they posted a 2-0 win over Bologna to enhance their promotion chances.

Sassuolo moved further away from the relegation zone after beating Genoa 4-2. Neither Raman Chibsah nor Isaac Cofie played for Sassuolo nor Genoa.

Afriyie Acquah was booked in the 89th minute and played the entire 90 minutes for Parma who held Torino to a 1-1 draw. Ghanaian-born Emmanuel Gyasi failed to make the Torino squad for the game.

Black Stars midfielder Kwame Asamoah was in full time action for champions Juventus who confirmed their superiority over AS Roma with a 1-0 win at the Stadio Olimpico on Sunday night.

In the Serie B, Genoa loanee Moro Al-Hassan was on the Cesena bench when they beat Padova 1-0.

Varese managed to edge Carpi 2-o to gradually move out of the drop zone. On loan Fiorentina attacker Maxwell Acosty was benched.

Neither Isaac Ntwo nor Mase Nana Addo Welbeck was in the Brescia team that drew 1-1 at Reggina.

Amidu Salifu played the entire first-half for Modena who beat Novara 3-1 on Saturday.

Nii Nortey Ashong was not in the Spezia team that suffered a 2-0 away loss against Avellino on Saturday.

Kevin-Prince Boateng played full throttle and helped Schalke 04 to a 4-1 victory over N?rnberg. Anthony Annan was unused by Schalke.

In the Bundesliga II, Marcel Appiah came off the bench to play 33 minutes for Arminia Bielefeld who beat Dynamo Dresden 3-2.

German-born midfielder Reagy Ofosu lost his place in the Ingolstadt when they Energie Cottbus 2-0. Midfielder Charles Takyi was also not in the Cottbus team for the game.

Defender Baba Rahman Abdul came off the bench to play the last 6 minutes for Greuther Furth who beat Sandhausen 2-0.

Winger Christian Atsu was in full time action for Vitesse Arnhem but could not save them as FC Groningen hammered them 4-1 and kicked them out of the Europa Play-offs.

Defender Jerry Akaminko was in full time action for Eski?ehirspor who held Gaziantespor to a 1-1 draw.

In the Europa League Play-offs, Arsenal loanee Daniel Boateng was not in the Hibernian when Kilmarnock defeated them 1-0 at their own backyard.

Prince Buaben was also out of the Partick Thistle team that lost 3-2 against Ross County at their favourite home grounds.

Youngster Eugene Ansah came off the Lokeren bench to play 29 minutes when Zulte-Waregem dispatched them off with a 3-1 victory. Belgian-born Denis Odoi played the entire 90 minutes for Lokeren.

Winger Frank Acheampong came off the bench to play the last 8 minutes for Anderlecht who have climbed to the top of the Championship table after thrashing Genk 4-0. There was no Bennard Kumordzi in the Genk squad.

Standard Liege surrendered their league of the table after losing 1-0 against Club Brugge. Ghana defender Daniel Opare played the entire 90 minutes for them.

Former Hearts of Oak striker Mahatma Otoo scored the opening goal for Sogndal IF and helped them beat IK Start 2-1. Otoo was replaced in the 85th minute while winger Ernest Asante was introduced in the 78th minute by Start.

Enoch Adu Kofi converted a 43rd minute penalty for Stabaek who beat Sarpsborg 08 3-2. He played the entire 90 minutes too.

Stromsgodset remain second on the log after holding Molde to a 2-2 draw in an away fixture. Ghana goalkeeper Adam Kwarasey manned the goal post while for Stromsgodset while midfielder Mohammed Abu played 90 minutes.

In the Division One, former Ghana U17 captain Paul Addo played 90 minutes and helped Bryne to draw 2-2 with H?dd.

Aziz Idris was replaced in stoppage-time by HamKam when they lost 2-1 at Tromsdalen.