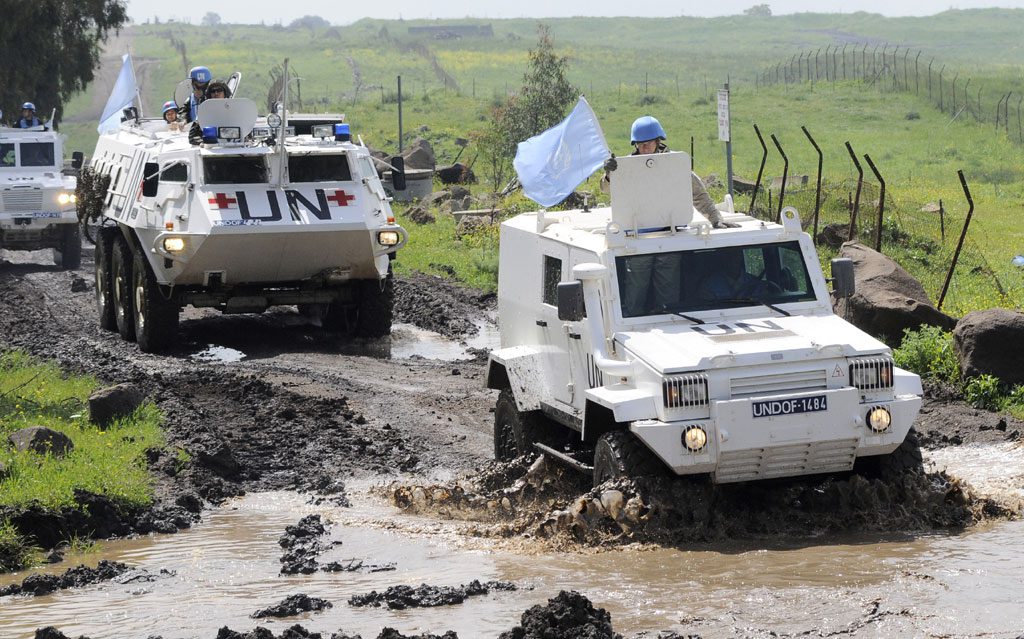 24 August 2014 ? The United Nations has confirmed that an American freelance journalist, reportedly held captive for nearly two years by militants in Syria, was freed on Sunday in a handover to UN peacekeepers in the Golan Heights, who then released him to United States officials.

A note to correspondents issued by the UN Spokesperson’s Office confirmed that the Organization had facilitated the handover of journalist Peter Theo Curtis.

?He was handed over to UN peacekeepers in Al Rafid village, Quneitra, the Golan Heights, at 6:40 p.m. (local time) on 24 August 2014. After receiving a medical check-up, Mr. Curtis was handed over to representatives of his Government,? the brief note concluded.

According to media reports, Mr. Curtis, a 45-year-old freelance journalist from Boston, was abducted near the Syria-Turkey border in October 2012. He was reportedly being held by the Al-Nusra Front, an Al-Qaida affiliate, which, along with Islamic State (IS) militants, were recently targeted by the UN Security Council, which adopted a wide-ranging resolution naming six individuals from the groups to its sanctions list.

In addition, just two days ago, the Council strongly condemned the ?heinous and cowardly? murder of James Foley, also an American journalist, by IS militants and demanded the immediate, safe and unconditional release of all other hostages.

?This incident is a tragic reminder of the increasing dangers journalists face every day in Syria. It also once again demonstrates the brutality of [IS], which is responsible for thousands of abuses against the Syrian and Iraqi people,? the Council said in a statement to the press.