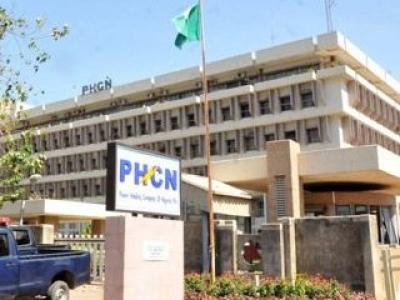 Several retirees of the defunct Power Holding Company of Nigeria (PHCN)?on Wednesday?protested the non-payment of their housing allowance which they claimed sums up to N400 million.
The retirees, who said they were up to 2,000 in number, deplored the unusual delay in payment of the allowance.
Hundreds of them stormed the secretariat of the Correspondents Chapel of the Nigerian Union of Journalists (NUJ), Oyo State Council, at Mokola, Ibadan where they displayed placards with various inscriptions such as ?President Jonathan, please help us locate where our money is hanging?, ?Hey! There is God o o o; Why delay payment of our housing allowances since 2013??
Led by their spokespersons, Mrs. Oyedele Edna Owesiri, Julius Adeleke Taiwo and Adesina Olayinka, they wondered why some of their colleagues were paid and theirs were unduly delayed.
The angry retirees clarified that the money had been paid to batches one to 10 but that for reasons best known to those concerned, they have refused to pay batches 11 and 12.
The money, according to them, was the bulk rent for 2013.
While pleading with President Jonathan to intervene, they lamented that some of them had died waiting for the money.
The retirees were among those disengaged during the privatization of the power sector which necessitated change of name from PHCN to Ibadan Electricity Distribution Company.
Those affected spread across Oyo, Ogun, Kwara, part of Kogi and Osun States which were under Ibadan Zone before the privatization.
The specifically asked the National Electricity Liability Management Company (NELMCO), a body set up by the Federal Government to manage all liabilities that the government incurred during the privatization period.