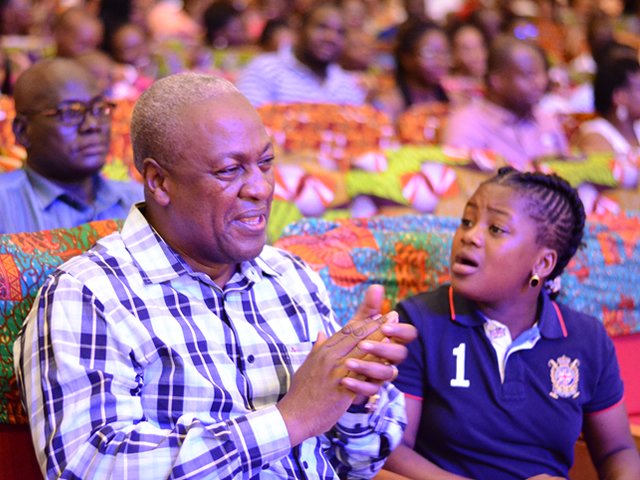 The crowd roared with laughter as the ‘choir master’, a rather feisty and tomboyish market woman led the irreverent chorus against a certain Mayor Johnson. 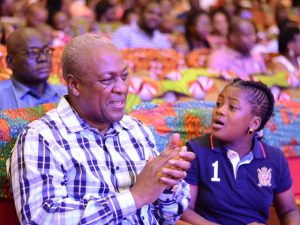 He was being described as a goat by the folk in the market and to them he was the worse herbivore of a mayor ever. What even made the rendition of insolence ‘hymnified’ interesting was the way and manner she conducted the song: with her backside.

She conducted the market choir with her behind!

Maybe it was the fact that the cast had in a very beautiful way carried the proverbial ‘Ga’ thumb and pointed it at the mayor, or maybe Ghanaians were thoroughly enthused about a very wobbly enormous behind conducting chords and beautiful solos.

Either ways, they clapped. 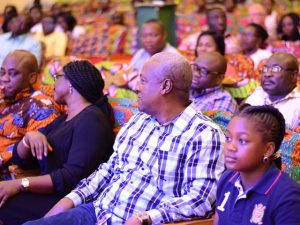 And that is how the Festival rerun started.

After sending many people away due to selling out tickets, Uncle Ebo Whyte and his Roverman Productions team decided to put up a mini-festival to cater for those who missed the shows or those who simply could not get enough of it.

The rerun was a package of three plays which had received overwhelming feedback. And team Roverman agreed to give patrons a bright theatrical start into 2017 by doing an encore. What do they say? “If it is nice, we play it twice”.

‘Women On Fire’ was the first play to show in the rerun, and the cast and crew put up a fantastic job to turn the stage of National Theatre into a hilarious marketplace, a very believable one.

The humor in the play was high voltage, and Auntie Wangar and her fellow market women told an everyday story in an extraordinary way.

The following week, the Roverman team took a sermon on prayer, pumped it with humor and fed it to willing patrons in a beautiful style.

Uncle Ebo made a witch teach everyone about the importance of prayer, and indeed everyone fell in love with the witches in the play.

Who does that?! And when the angelic forces marched on in all glory and splendor, the mood in the auditorium was on a different level.

Then came the play that got all the ladies in the auditorium hating one man; ‘REJECTED’. All the characters were unique and carried different elements that made the play come alive.

Straight from Comfort the uncomfortable wife to the thoughts that literally dance around in her head. But without a doubt, the character that took the theatre Oscars was Mother AKA Auntie Kai the Korle Gonno Ninja Number One.

No nonsense, troublesome, feisty, bully, typical Ga woman who is a negative influence on her son. Auntie Kai is the type of mother that you can help you conspire to beat someone up.

Once you have enough reason to, heck! Auntie Kai will beat the person for you. She got everyone clapping for her but not approving her behavior. She was that influential! Talking about influential people, the National Theatre saw a number of dignitaries coming over to watch the shows, and they all enjoyed the shows. And each and every one of them enjoyed it fully.

Uncle Ebo is bent on making the theatre come alive, and it is worthy to note his consistency in bringing to Ghanaians mind blowing plays every quarter.

He promises more wonderful performances in 2017, and Ghanaians are urged to support him. 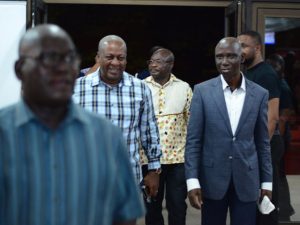