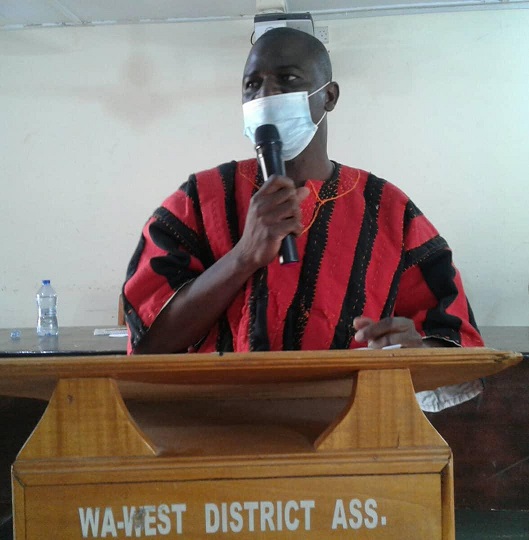 The Pigbengben community in the Wa West District is to have a Community-based Health Planning and Services (CHPS) compound to help improve timely access to health care services.

Mr Edward Laabiiri Sabo, the Wa West District Chief Executive (DCE) proposed the construction of the facility in the Assembly’s 2021 composite budget, which was approved by the Assembly during its Second Ordinary sitting.

Access to timely health care services at the Pigbengben community had been a challenge due to the lack of a health facility in the area.

That compelled the sick including pregnant women and children to trek a long distance to Vieri to access health care services.

The deplorable state of the road linking Pigbengben to Vieri also compounded their plight as they could not get vehicular services, especially during the raining season.

“The availability and accessibility of quality health care delivery to residents across the district remain the topmost priority of the Assembly.

“This is because we are convinced that healthy people are a precondition for high productivity and high living standard”, Mr Sabo stated in his address to the Assembly.

Other interventions the DCE identified in the health sector included the construction of CHPS facilities at Dalanteng, Maaduteng, Kachiau and Gongbile, which were at various stages of completion.

Mr Sabo added that the Assembly was constructing a 20-bed capacity medical ward and a laboratory unit at the Poyentanga Health Centre, which were also at various stages of completion.

On sanitation, the DCE noted that 168 out of 227 communities in the district had attained Open Defecation Free (ODF) status and expressed the hope that 10 other communities would be declared ODF before the end of the year.

He, therefore, urged the Assembly Members to work hard to ensure that communities in their Electoral Areas that were still practicing Open Defecation stopped the act to enable the district to attain a district-wide ODF status.

Mr Gyirkaar Nicholas, the Assembly Member for Varempere Electoral Area, raised concern about the rampant armed robbery cases at the district and appealed to the security agencies in the district to intensify efforts in protecting the people.