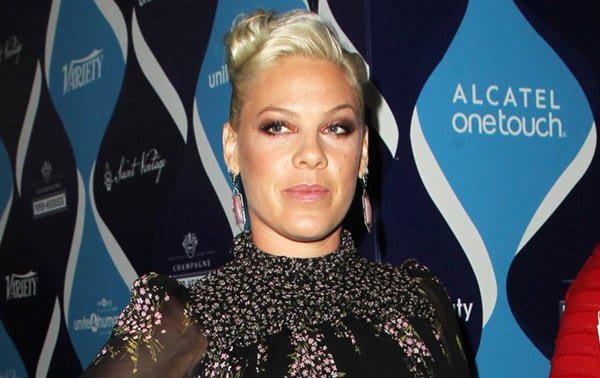 Pink has written and recorded a new theme song for the upcoming season 13 of ?The Ellen DeGeneres Show?. The singer debuted the new track called ?Today?s the Day? in a video shared on the show?s website on Wednesday, August 12.

The one-minute clip shows Pink recording the uplifting tune in a studio with her daughter, 4-year-old Willow. She stands in front of the microphone and sings lines like, ?Today?s the day I?ve been waiting for/ Tomorrow won?t come after all/ Yesterday is so far away/ And today is the only day/ Somebody please stop the clock.?

?Today?s the Day? is Pink?s first solo material in a while. She dropped her last album, ?The Truth About Love?, in 2012. The chart-topping record spawned hit singles like ?Blow Me (One Last Kiss)?, ?Try? and ?Just Give Me a Reason?. Last year, she formed a duo with City & Colour a.k.a. Dallas Green, and released a full-length called ?rose ave.? in October.

The new season of ?The Ellen DeGeneres Show? premieres on September 8.