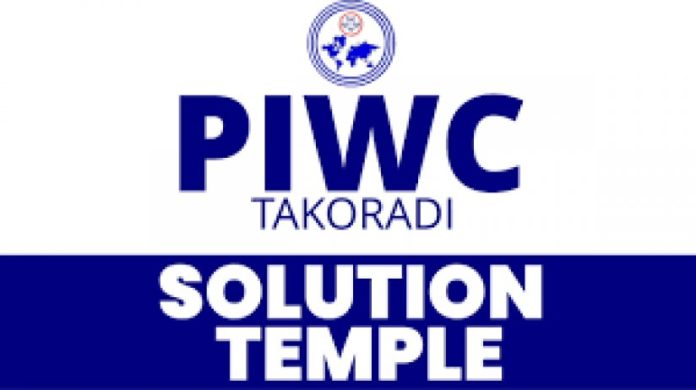 The Takoradi branch of the Pentecost International Worship Center (PIWC) of the Church of Pentecost (CoP) has climaxed its week-long children’s day celebration at Effia in the Effia-Kwesimintsim Municipality (EKMA) of the Western Region.

Miss Nhyiraba Appiah in charge of the children’s ministry, explained that the celebration was to show honor and respect to God for his protection, guidance, and provision.

Ms Judith Afful who gave the sermon on the theme, “Today’s children, the glory of tomorrow’s church” quoted from Proverbs 22:6 and said parents were enjoined to train children in the fear of God.

She urged parents to teach their children God’s Word to guide them to choose godly friends to become responsible adults in the future who would make an impact on their generation.

“Parents should teach children to pray and teach them to memorise the scriptures while studying the Bible with them to guide them into the future”, she emphasized.

Ms Afful also advised children not to meddle in the conversations of the elderly when they have not been invited into the conversation, not gossip about their friends and others, and should not indulge in other social vices.

Miss Etudzi Abraham who gave the second sermon noted that disobedience and disrespect were on the rise coupled with so many children’s rights causing them to show disregard to authority.

“As children, may we learn the good ways of life, be submissive to our parents and authority, read the Bible to know the ways of God and study hard to become responsible and successful adults in future to assume leadership positions”, she stated.

Elder Kwaku Kum, Patron of the Children’s Ministry called on parents to allow their children to participate in church-related activities rather than social activities which may have a negative influence on them as they grow up.

According to him, as children were at home due to the closure of schools, they are exposed to so many scenes on television and other forms of vices and for that matter, parents should show interest in what their wards do.

He further prevailed upon parents to take their children to their workplaces if possible to keep them from loitering and monitor their movement to know their whereabout to protect them from unscrupulous people who may use them for their selfish gains.

Elder Kum noted that during election years, “a lot of rituals are performed by some unscrupulous people who seek their selfish interest to remain in power hence, the need for parents to keep close contacts to their wards”.