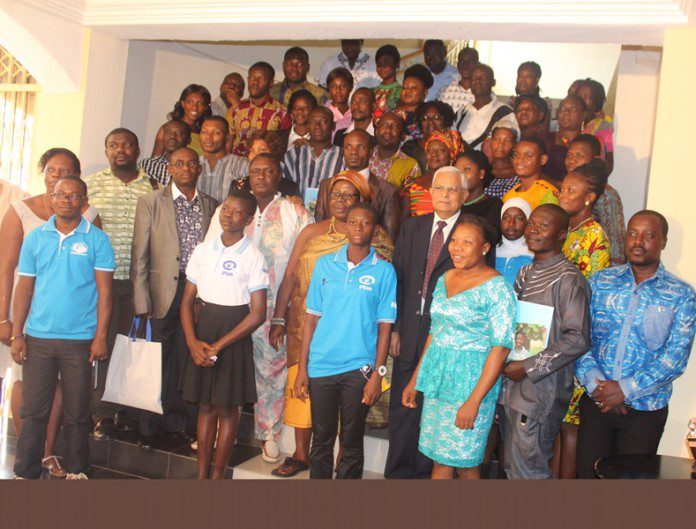 The project was implemented over a five-year period in nine districts and 250 communities in three regions of Ghana; namely the Eastern, Upper West and Ashanti. The completion of this essential project ensured that girls and young women were given a chance to develop and achieve their full potential.

The GPP which was developed by six civil society organizations in the Netherlands who worked together in the Girl Power Alliance (GPA) was led by Plan Netherlands.

The project has been implemented by the six Dutch alliance member organizations and their local civil society partner organizations in 10 programme countries, including Ghana.

Mr Prem Shukla, Country Director of Plan International Ghana in his address in Koforidua on the occasion of the close-out of the GPP; said the project focused on four UN-promoted thematic areas relevant for the Millennium Development Goal (MDG) three.

He said there were enormous contributions of the GPP in the area of post primary education; stating that “a total of seven schools (two primary and five junior high schools) had been constructed in Kpando, Wa West and Akwapim North Districts”.

He said 196 head teachers and 20 Circuit supervisors from four districts had been trained on how to provide leadership for learning.

“One area that made significant impact in the domain of education is the Girls’ Camp that was organized for 1552 girls who were mentored and trained to develop skills in entrepreneurship, Mathematics, English and Science.

“A total of 2550 children have received in kind scholarship packages,” the Country Director said.

He observed that 400 children’s club patrons and executives had been trained on leadership skills, child participation, violence and abuse, just to mention a few.

Mr Shukla said football league was organized as part of the activities under the GPP to support a healthy life, improve confidence and team building spirit among the girls.

He said protection against violence was one key area in the GPP which sought to support and create opportunities for the empowerment of girls and young women.

He noted that community durbars on violence against girls and young women were held in 250 project communities reaching over 500,000 people.

“To ensure they are equipped with the needed knowledge, several trainings and workshops were organized to curtail violence within their respective districts and communities.

“The Child Helpline is being piloted in collaboration with the Africa Movement for Prevention of Child Abuse Neglect (AMPCAN) to operate in Akwapem North district to create a crucial platform for children to access child friendly protection services.

“Indeed, the GPP made strides in empowering the youth economically by organizing vocational skills training for 644 youth and mentoring programmes for out of school young women, he said.

He said a total of 180 staff from Domestic Violence and Victim Support Unit of the Ghana Police Service, the Department of Social Development, the National Commission on Civic Education and Ghana Education Service had been trained in all districts on gender based violence and violence against girls and young women.

He said in addition, 175 district assembly members and officials had been trained on child protection, prevention and response issues as well as gender equality.

Mr Shukla said: “Plan International seeks to bring lasting change in the lives of children and their communities.

“The GPP I believe has exemplified this by working with strong partners and have over the past five years made informed decisions to affect the lives of girls and young women in these three regions.

“We hope that all professional institutions with the support received under the GPP will work efficiently with other partners and stakeholders long after the GPP is over to ensure that there is a renewed opportunity to embed gender relations into the structures of our society especially at a time where gender equality is placed at the centre of the new Sustainable Development Agenda.”

The Country Director extended his sincere gratitude to the Ministry of Foreign Affairs of the Netherlands for its funding support for the GPP.

He also lauded the AMPCAN, Defense for Children International Ghana, the Ghana NGO Coalition on the Rights of the Child, CRRECENT, SILDEP, The Ark Foundation, CAPECS and all other partner and stakeholders for their contribution towards making this project a success.

Muniratu Shamsudeen, a pupil of Kukurantumi Islamic Junior High School and a beneficiary of the GPP, who shared her testimony, said the project had helped build her self-esteem, exposed her to leadership techniques, and helped her to be more sociable to aid sharing ideas amongst her peers.