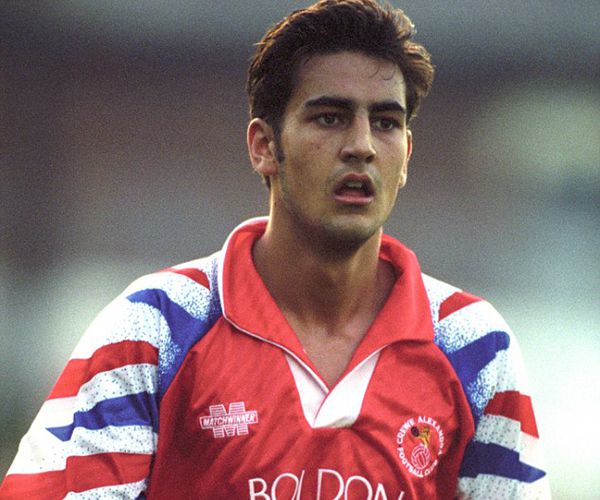 Former English soccer players who were subjected to years of sexual abuse by youth team coaches entrusted with their care are breaking cover to expose the game’s dark secrets.

Harrowing stories of assaults on young players by men they relied on to turn them into professionals are forcing authorities and clubs to finally address how child abusers were able to exploit their positions of power and why the behavior wasn’t confronted earlier.

The abuses were first uncovered two decades ago with the conviction in the US of English coach Barry Bennell, who coached at the academy of northern English professional club Crewe Alexandra, which was renowned as a center for turning raw talent into the complete footballer.

Andy Woodward, who went on to play for Sheffield United, testified in Bennell’s 1998 court case but only revealed his identity two weeks ago in a front-page story in The Guardian newspaper.

Since then, other former players have been emerging to tell their stories of abuse at the hands of other coaches. The prospect of boys being turned into well-paid soccer stars meant that parents often handed over control of their children to football clubs and their coaches.

“My life has been ruined until the age of 43, but how many others are there?” Woodward said. “I’m talking about hundreds of children who Barry Bennell cherry-picked for various football teams and who now, as adults, might still be living with that awful fear.”

Woodward’s story gave other victims of Bennell and unnamed coaches the courage to come forward and compel authorities to end the inertia that surrounded the 1990s revelations.

“We’re victims of a horrible, horrendous thing that happened in the early 80s and 90s,” Woodward said after leaving a meeting with the English Football Association on Thursday.

Manchester City launched an investigation after David White and Paul Stewart, who played for the club across the 1980s and 1990s and went on to feature for England, came forward with their stories.

City’s response came 21 years after Bennell was first convicted in the United States. In Jacksonville, Florida, the Englishman pleaded guilty to six counts of custodial sexual battery in exchange for four years in prison. He had been charged with raping a boy and repeatedly sexually assaulting a player from a youth team he had escorted to the US.

After serving his sentence in the US, Bennell was convicted again in Britain — receiving a six-year sentence for 23 offenses. The case received little publicity at the time. But Bennell was jailed for a third time in 2015 when he pleaded guilty to abusing a boy at a football camp in northern England in 1980, prompting a fresh examination of his crimes and potential abuses by other coaches. Bennell is not currently in prison.

Victims Of Internet Fraud: Speak Out, Share Your Experience with Relevant Stakeholders