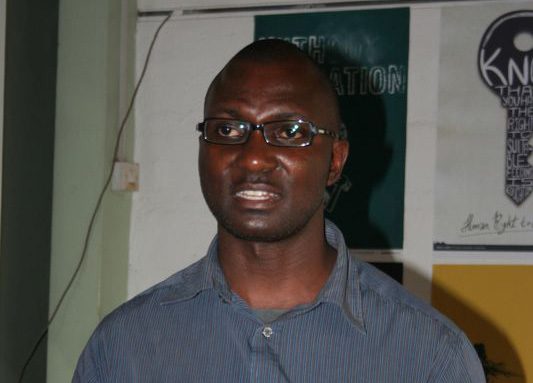 Dr. Kakungulu Mayambala said candidates will seek to know what is happening in the rival camps.

He was speaking during a meeting of a case for enforceability of the right to privacy during the electoral processes in Uganda at Hotel Africana in the capital.

The meeting, organized by Unwanted Witness-Uganda, was aimed at addressing information gaps on the existence of communication surveillance and its impact to the enjoyment of the right to privacy in Uganda.

Dr. Mayambala also expressed concern that there will be increased surveillance by security agencies on cyber space users, especially after the passing of the Anti-Money Laundering Act by Parliament last week.

Peter Magelah, a city advocate, welcomed a move by the Police to create a cybercrime unit to combat cyber hackers. But he warned that the Police should not overstep its powers to abuse the right of privacy in communication.

Patrick Tumwine, the advocacy officer at Human Rights Network- Uganda, said government should promote the right of privacy, rather than tampering with it through increased surveillance in the pretext of fighting terrorism and anti-money laundering.

Godfrey Sabagala, Unwanted Witness-Uganda?s executive director, said he would mobilize Ugandans to petition Parliament over increased surveillance on communication technologies as it infringes on the enjoyment of right of privacy.

Recently, Uganda Police showed they were ready to act, and sought to arrest Tom Okwalinga over misusing Whatsapp ? a cross-platform mobile messaging app for smartphones.

By Francis Emorut, The New Vision