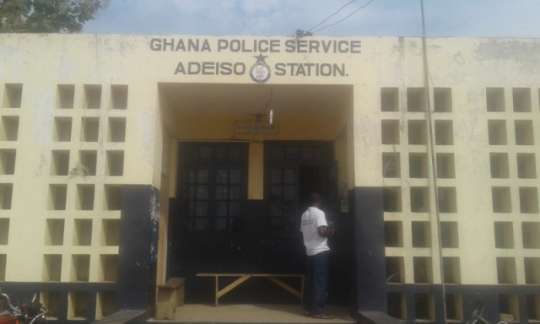 The Adeiso Police are appealing to the in-coming Chief Justice to facilitate the establishment of a District Circuit Court in the Upper-West Akyim District in an effort to speed up prosecutions.

Mr Kwesi Baah, the station officer at Adeiso Police Station, who made the call, said the station currently depended on Nsawam or Asamankese courts for prosecution, adding that cost of transportation was a major challenge.

Speaking in an exclusive interview with the Ghana News Agency, Mr Baah said the presence of the court within the district would cut down cost and also deter potential criminals.

According to him, the station currently has few officers and appealed to the Inspector General of Police to augment the number of officers.

Mr Baah said insecurity was a hindrance to business, adding that peace and security were requirements for sustainable growth and development.

There were several frauds and petty stealing cases in the district, including that of activities of ‘Okada’ operators aiding movement of criminals, he said.

Mr Baah said he had adopted the community policing concept to gather information to be able to combat crime.

He explained that he had tasked men and women under his jurisdiction to intensify day and night patrols, which has resulted in the drastic reduction in the number of crime in the area.

“We are currently embarking on campaign against mob justice from one community to another to maintain a serene environment.”

“These have been aggravated by mistrust,” he noted, adding that police would ensure that there was peace, safety and access to justice at various levels.

Man, 29, murdered in a knife fight at Adeiso

FDA worried over rise in tobacco use among young female adults