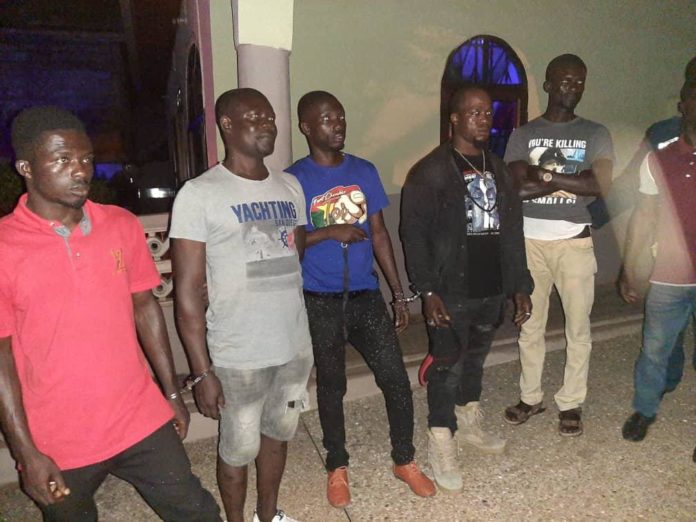 Six suspected criminals who allegedly made another assassination attempt on the life of Mrs Cynthia Morrison, Member of Parliament (MP) for Agona West are in the grips of the Swedru Divisional Police Command.

Intelligence gathered by the Security in Swedru emerged that the suspects, John Toko, 26, Emmanuel Mensah, 25, Elvis Kwabena Poku, 36, Kwabena Poku 48, Wahab Saeed,26 and Kweku Amponsah 26, were using a Corolla taxi cab with registration number (AS 4534-19) to trail the MP on the Agona Otsenkorang road.

The MP who doubles as the Minster for Gender, Children and Social Protection was on a campaign tour from that town and its adjoining villages, a source at the Divisional Police Command told the GNA.

It said the MP and her campaign team suspected the behavior of the occupants in the taxi cab after realizing that they were being trailed and reported the matter to the Police.

According to the source, the alleged criminals had for the past five-days been lodging at a Hotel in Swedru under the pretext of doing galamsey in the area.

It said, the police mounted surveillance on them at the hotel till they arrived at 2130 hours on Wednesday and Toko attempted to escape on seeing the police, but was eventually arrested.

A search was conducted on them and eight mobile phones, NDC ID Card with registration number (41047603 -A), and branch card number (A 151501) were found on Toko who said was from Amanfi Central Constituency of the Western Region.

Two Talismen were found on both arms of Saeed, who also had charms on his waist, five rings and green Military vests.