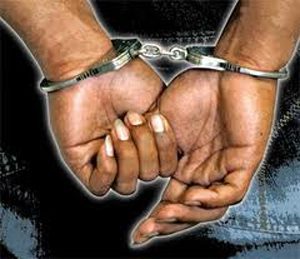 The Ashanti regional police command has arrested three suspects in the robbery attacks that occurred at Alabar, a popular business hub in Kumasi on Friday afternoon.

They were Hamza Nuhu 22, who received gunshot wounds and is on admission at the Komfo Anokye Teaching Hospital, under police guard.

The others were Salifu Iddrisu and Ali Razak, both 18 years.

Assistant Superintendent of Police, Mr Godwin Ahianyo, Ashanti regional police public relations officer, told journalists in Kumasi that the police had launched a manhunt to arrest the rest of the criminals.

He said the victim who died during the attacks was identified as a 54-year-old onions seller, Mr Nuhu Fuseini.

Four other victims, who sustained various degree of injuries, were on admission at the Manhyia government hospital.

The armed gang of about seven men stormed Alabar, one of the busiest trading centres in Kumasi on Friday afternoon, opened fire on the traders and took away thousands of Ghana cedis.

Several people were injured in the pandemonium that ensued. Alabar is a popular area noted for the sale of motor bikes, second-hand clothes and bicycles.

It is also the hub of foreign currency exchange, popularly known as the black market.