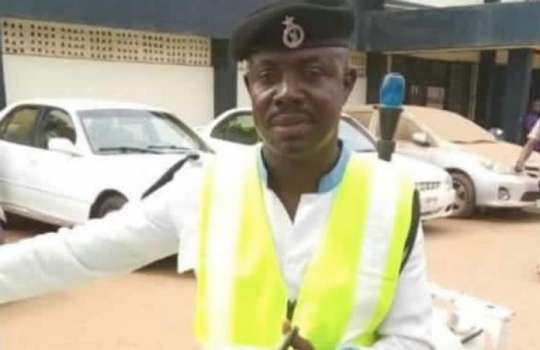 The Accra Regional Police is on a manhunt for a driver and his mate who were in charge of a Ford Vehicle with the registration number GR 4880- 20, when it ran-over, killing a police officer.

General Sergeant Moses Appiah, who was on Friday, February 28, ran-over by the said commercial vehicle, later died at the 37 Military Hospital.

General Sergeant Appiah, who was with the Divisional Motor Traffic and Transport Department, Madina was on enforcement duties within Accra when he was knocked and killed by the passenger vehicle.

The driver and his mate bolted and abandoned the vehicle after the incident.

He was then rushed to the 37 Military Hospital where he was pronounced dead and the body has since been deposited at the Police morgue. Meanwhile, police has impounded the said vehicle.

Deputy Superintendent of Police Effia Tenge, Head of Public Relations Unit of the Regional Police Command has confirmed the incident to the Ghana News Agency.

Driver jailed 10 years for pouring acid on his baby mama