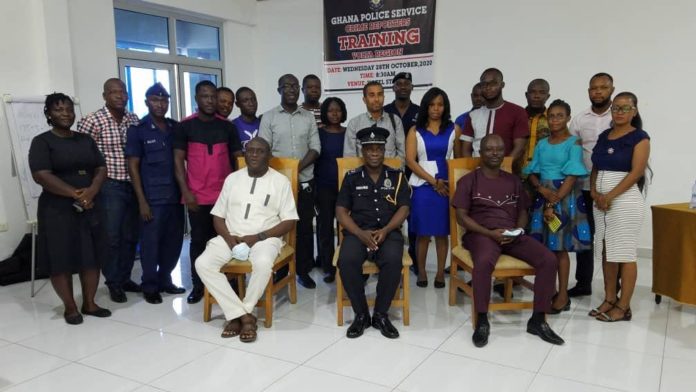 The Ghana Police Command has identified 631 polling stations across the Volta Region as areas of potential political violence during the December general elections.

The polling stations were identified in a collaborative effort between the Ghana Police Service and the Electoral Commission.

Top on the list is the Ketu South and the North Tongu Constituencies which has 85, and 73 polling stations identified respectively.

Ho West followed with 67 potential hotspots and is trailed by the Anlo Constituency, which has 54 spots marked.

Other areas are Ho Central with 44, Keta 41, and Hohoe with 37 polling stations.

Superintendent of Police, Mr Issac Baah, Deputy Volta Regional Operations Commander, gave out the details at a day’s workshop organised by the Police for media practitioners in the Volta Region.

He said the Police Command, which had declared zero tolerance for electoral malpractices, had eyes on the various spots and would deploy an efficient security structure to ensure trouble-free polls.

Mr Baah said the Command had activated a regional joint operations command (RJOC) and had two operational teams on standby to handle disturbances that would arise across the Region.