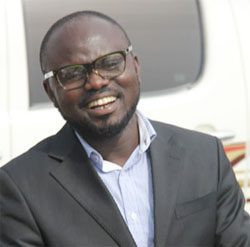 Shatta Wale, in a recent feud with his former manager, Bulldog, alleged that the latter had a role to play in the death of Fennec Okyere.

Fennec Okyere, who was the manager for award-winning artiste Kwaw Kese, was murdered in cold blood in 2014.

A statement signed by Grace Ansah-Akrofi, Chief Superintendent of Police, Director of Public Affairs, said Shatta Wale was cooperating with the police on the issue.

“The Police would like to put on record that the recently established Cold Case Unit, has been working for months on all unresolved murder cases, including that of Fennec Okyere, with the support of the affected families.

“This new development from Shatta Wale is therefore going to complement our ongoing investigation, ” the statement said.

It thanked the families affected for working with the Cold Case Unit on this issue, saying that they would work relentlessly to bring closure to affected families.