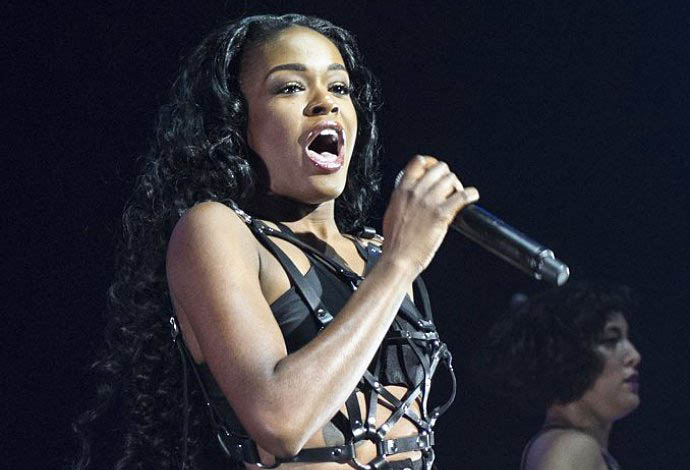 Azealia Banks scores yet another defaming headline after a footage emerges of her attacking a security guard. The “Ice Princess” singer is under police investigation for allegedly pummeling a Los Angeles nightclub bouncer.

TMZ acquired a blurry black and white CCTV tape of the 24-year-old and her friends outside Break Room 86 last month. She was reportedly asked to leave the club after “becoming unruly”. According to security, Banks fiddled with the fire control near the front door of the 80s-themed Karaoke bar when she saw the security guard. The surveillance footage showed Banks and her friends jumping on the guard and attacking him. A second security guard later came to help his buddy.

This is not the first time Banks goes ballistic in a public place. She allegedly attacked a fellow passenger on Delta Air in September during a flight from New York to Los Angeles. The rapper was also caught on tape calling an airline employee homophobic slurs.