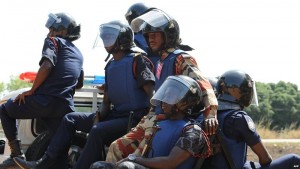 More than 360 young girls were rescued from being trafficked into the gulf countries in 2016, the Anti-human Trafficking Unit (ATHU) of the Ghana Police Service (GPS) has disclosed. 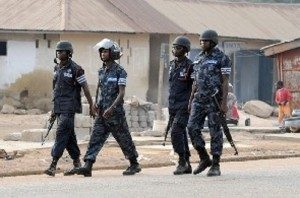 It said a total of 22 boys who were trafficked to South Africa and forced into hard labour were also rescued.

The Inspector General of Police (IGP) David Asante Apeatu, who disclosed this in a speech read on his behalf at the launch of Friends of the Nation’s (FoN) Anti-Child Labour and Trafficking (CLaT) Sensitisation programme said all the victims had been reintegrated with their families.

The speech read by the out-going Regional Police Commander, ACOP Kwame Tachie Poku added that about 135 cases of CLaT were also investigated by the AHTU between January and June 2015.

He said the Police, through the Criminal Investigations Department (CID) was using intelligence led enforcement as its key to prevent and detect human trafficking and child labour in the country.

The IGP said human trafficking and child labour were serious organised crimes which required concerted efforts from all stakeholders including Transport Unions, Ministries, Agencies and Departments and Non-Governmental Organisations (NGOs).

He said the Police administration would continue to actively partner both the public and private sectors in offering large scale capacity building for its personnel to improve on their knowledge and skills in dealing with human trafficking and child labour offenses.

He urged the public to provide prompt and timely information to the Police on the activities of Child traffickers to enable the Police to swiftly clamp down on them.

The Minister of Fisheries and Aquaculture Development (MOFAD), Mrs Elizabeth Afoley Quaye said Government through the Ministry was in the process of finalising a child labour and trafficking strategy for the fisheries sector under the Sustainable Fisheries Management Programme (SFMP).

Mrs Quaye underscored the need for all relevant stakeholders, institutions ,Civil Society Organisations and the media to work together to address child labour and trafficking issues in Ghana.

He noted that children of school going-age who were supposed to be in school to build a better future were working under hazardous conditions ,thereby endangering their own lives and society’s future.

FoN as a socio-environmental advocacy organisation, abhors the use of children and more so, the abuse of their rights in the natural resource extraction sectors.

Consequently, it would remain committed to preventing such acts by addressing the underlying factors through education that promoted behavioural change, he assured.

Obrempong Nyanful Krampah XI, President of the Central Regional House of Chiefs pledged that they would work with all relevant stakeholders to do away with out-modded traditional beliefs that promoted child labour and trafficking.

The FoN is an implementing partner of the SFMP funded by the United States Agency for International Development (USAID) and implemented by a consortium led by the Coastal Resources Centre, Graduate School of Oceanography of the University of Rhode Island.

Massive participation at the Reverential night to usher in Emancipation Day