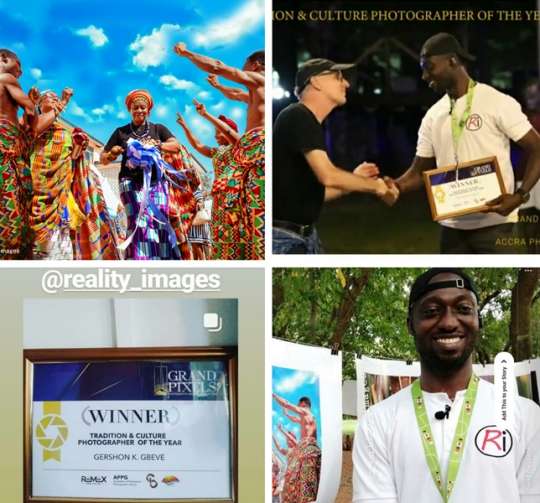 Detective Lance Corporal Gershon K. Gbeve, a photographer of the Police Criminal Investigations Department (CID) has been adjudged the Best Tradition and Culture Photographer of 2019 by the Association of Professional Photographers, Ghana (APPG).

This was at the maiden edition of TheGrandPixels Photography Awards, organized by the AccraPhotoWeek and APPG in Accra.
The contest received entries from members of the Association across the country.

Speaking to the Ghana News Agency, he said “I dedicate this award to the former Director General of CID Commissioner of Police Mrs Maame Yaa Tiwaa Addo-Danquah for giving me the opportunity to always follow her to programmes, which drives me to learn new ways of making meaning of photographs day after day”.

Mr Gbeve says, Pete Souza, the former White House Photographer to President Barack Obama is his mentor.
“I use the realities of life to tell photographic stories to show people how I see Things” he said.

He said his passion for photography took him to places he never dreamt of going as well as people he never thought of meeting.

The award, he said gave him a bigger platform to continue to speak against Domestic Abuse and Gender-based Violence against Women and Children with his photographs, stating that he would make more photo stories of tradition and culture to project Ghana and Africa to the World.

Detective Lance Corporal Gbeve started his profession as a Photographer in 2003 and joined the Police Service in 2012.

Mr Gbeve was also one of the players who represented Ghana in the West Africa saeson4 MTN Soccer Academy Reality Show on Metro TV in 2010.