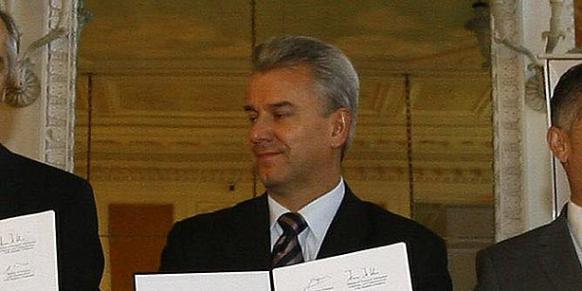 The Commission said in a report on Friday that some of the changes to the country’s constitutional tribunal could endanger democracy and undermine the rule of law and human rights.

Government spokesman Rafal Bochenek said the recommendation would be discussed in the lower house of the Polish parliament, or Sejm, so that all political groups could work out a solution.

Bochenek also said the government will refuse to publish a “statement” by some judges of the constitutional tribunal, the country’s top court, which, according to him, “is not based on the rule of law”.

The constitutional tribunal decided on Wednesday that amendments to the law concerning its functioning, passed by the ruling Law and Justice Party (PiS), was against the Constitution articles.

One of the changes to the tribunal included in the amendments require all court rulings be approved by a two-thirds majority, instead of a simple majority. Critics believe the change to the tribunal will make it harder for judges to challenge the government’s legislation because they have to gain the support from a ruling party peer.

Many Poles took to the street in Warsaw and other cities on Saturday in opposition to government’s failure to recognize the decision of the constitutional tribunal. Enditem