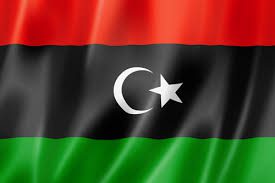 Libya’s major political factions on Monday agreed to resume the UN-brokened dialogue after a week-long stalemate, according to sources from the rival parliaments. The internationally recognized parliament House of Representatives (HOR) voted unanimously and decided to turn up in the dialogue due to held on Thursday in Morocco, lawmaker Abu-Bakr Eb’era told Xinhua.
The UN Special Envoy to Libya Bernardino Leon has met HOR members and given “adequate explanations” on the coming peace talks, the lawmaker added.
Later in the day, Saleh Makhzoum, the deputy president for the Islamist-backed parliament General National Congress(GNC), announced that he will also send his team to attend the talks, in an attempt to resolve the current political crisis in Libya.
Libya has been witnessing frayed political process since the 2011 turmoil, which toppled its former leader Muammar Gaddafi, and it is now juggling two rival parliaments, the secular HOR and the Islamist-backed GNC.
Forces loyal to the two major factions have been warring with each other in cities like Tripoli, Benghazi and Gharyan, thus causing a humanitarian crisis with at least 120,000 people forced to leave their homes, resulting in consequent shortages in both food and medical supplies along with mounting numbers of casualties.
The UN has held several rounds of dialogue between the conflicting parties since September, but the clashes continued although factions had agreed on a truce.
Last week, the two factions both announced to pull out of the dialogue after some serious clashes, forcing the UN to postponed the talks indefinitely. Enditem

ECOWAS And Nigeria Agree To Improve Protection And Human Security