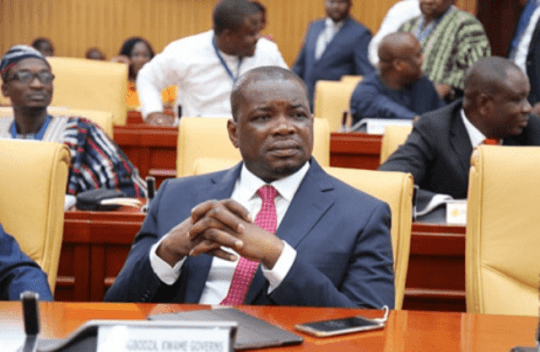 Mr. Kwame Agbodza, Member of Parliament of Adaklu reiterated the need for leaders of the various political parties to prevail on their members to maintain the prevailing peace the country was enjoying before, during and after the December general elections.

“Let us all commit to jealously protect the peace we are enjoying in the country because it is only one Ghana that we have,” he said.

Mr. Agbodza made the call when he addressed a mini durbar of the chiefs and people of Adaklu Kodzobi as part of his tour of his constituency.

He appealed to the youth to refrain from utterances and actions that would throw the country into mayhem and chaos.

Mr. Agbodza lamented the neglect of most of the development projects started by the previous government in the area notable among them were the Adaklu Kodzobi Community Health and Planning Services (CHPS) Compound and the Ho-Kodzobi Urban road.

The MP assured the people that the next National Democratic Congress (NDC) government would complete those projects and also undertake new ones to help transform the area.

He said the manifesto promise by the NDC to legalise and regulate okada business in the country was no propaganda to win the votes of those engaged in the business.

Mr. Agbodza said it was under the previous NDC government that the law banning okada business was passed, but added that nothing prevented the next NDC government to abolish it.

He mentioned that over 800,000 people were engaged and earn their livelihood from the okada business, which was more than the about 750,000 people working in the public sector, so they needed to be trained and equipped with protective gears.

Mr. Agbodza said the next NDC government would also create 250,000 jobs annually assuring that the Nation Builders Corps would be turned into a permanent and sustainable jobs to reduce youth unemployment.

He appealed to supporters of the party to come out in their numbers on December 7 and vote to enable the party to regain political power to form the next government.

He also appealed to them to be very vigilant on the voting day and not allow anybody to intimidate them.

Mr. Agbodza later presented a number of items including 800 pieces of hand gloves, 25 Personal Protective clothes, two gallons of sanitisers, 100 bags of cement, a set of jerseys and a football to the community.