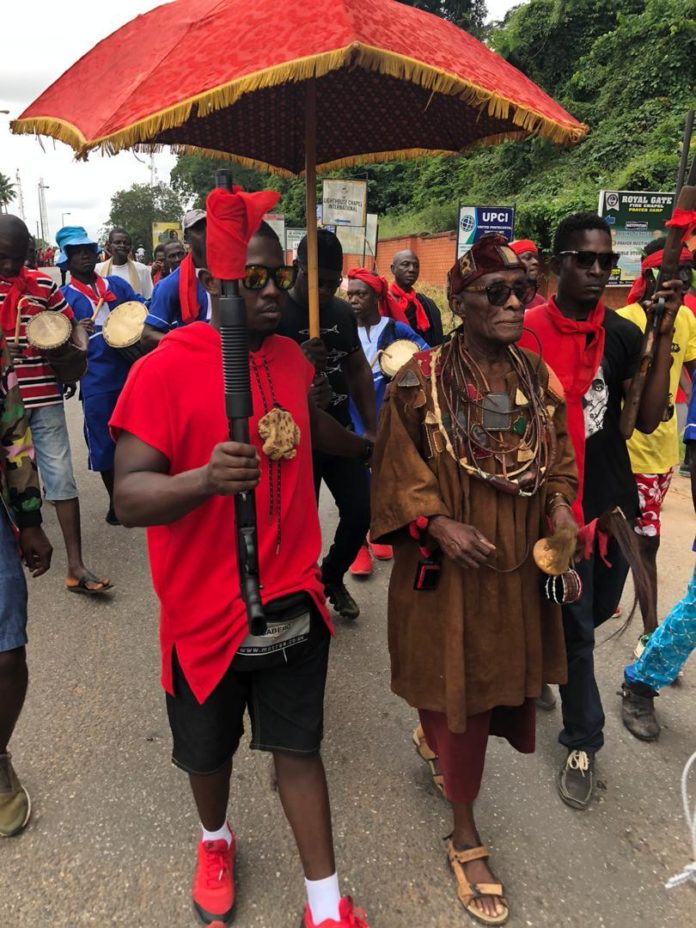 Ogidigram Okokobioko Asiedu Kobena Botwe II, the Swedruhene has cautioned political party supporters against the use of abusive language in efforts to win votes for their preferred candidates in the December 7, general elections.

He expressed concern about the situation where supporters traded insults and warned that such actions could spark electoral violence if unchecked.

Ogidigram Asiedu Botwe, who is also the Adontenhene of Nyakrom Traditional Area, gave the advice when Mr Ishmael Kofi Tekyi Turkson, the Independent Parliamentary candidate for Agona West paid a courtesy call on him at his palace to ask for support ahead of the December 7 polls.

“It is disheartening to note that politicians use many tricks and unpleasant words against their counterparts during the electioneering campaign for their political interests.”

He said it was time political party leaders speak against insults and abuse.

He called on politicians to desist from maligning, castigating, lies and vain promises, saying those actions could destabilize the country’s peace and stability.

He said politicians must campaign based on policies and programmes that would translate into the economic, social and cultural development of the people.

The Swedruhene pledged the support of the Swedru traditional Council to politicians.

He said Swedru was fast developing and stressed the need for a leader who could think outside the box to bring the desired development to the people.

On his part, Mr Turkson said he would use his lobbying expertise to bring development into the area if voted as the member of Parliament.

According to him, the youth in the area had not received enough support from the current and past leaders to fashion out quality programmes and policies that would bring jobs to them.

In this regard, he said he would revive the Agona Fankobaah Football club and Swedru All Blacks to bring them back to the Ghana premier league.

He said the revival of the two football clubs would help to improve economic activities of the people and assist to unearth talented youth in the constituency.