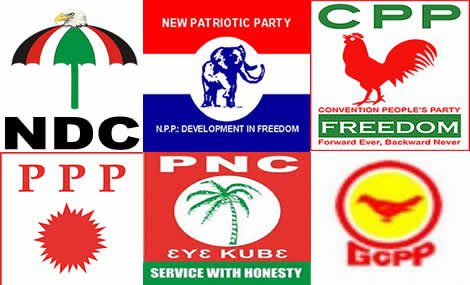 Political Polarization And The Winner Takes All Syndromes In Ghana; IT?S IMPACT ON DEVELOPMENT

This year 2014, marks 21 years since constitutional rule was restored in Ghana. During this period, the country has held six successful competitive multiparty elections. Although these elections have been adjudged to be generally peaceful and relatively credible, multi-party politics in Ghana continuous to be plagued by challenges such as incumbency abuse, bitter and highly acrimonious governance and policy making, among others. The party in government and their counterparts in opposition are constantly engaged in brinkmanship, which often compromise unity, peace and national development.

This article is basically aimed at identifying the impacts of political polarization and the winner takes all syndromes in Ghana?s body politics, so that together, we can collectively provide appropriate recommendations or mechanism by which the widening epidemic of political polarization which appears to be undermining grass root participation in governance and the country?s credentials as a burgeoning democracy in sub Saharan Africa, can be abated.

Countries in West Africa have, in fact, undergone several political transitions; from multi-party democracy on attaining independence, through one- party rule and military dictatorship, and then back to multi-party democracy. The early 1990?s marked a turning point in the region with the return of democratization and constitutional rule in most countries. Starting with Benin?s elections in 1991, West African countries have, one after another, re-instituted democracy. In between, the region has had to contend with several forms of destabilizing conflicts, including not least the civil wars in Liberia, Sire Leone and Cote d?Ivoire.

With a point of departure in the general perception of Ghana as an oasis of peace and stability in a turbulent region, this according to Professor Kwame Boafo Arthur is largely attributable to a benign combination of three factors: 1) a strong adherence to rule of law by political actors, 2) the independence and integrity of the legal system 3) a highly effective electoral management system (Boafo-Arthur, 2006 Claude Ake Memorial Lecture). The paper also identifies key threats to democracy and continued stability, such as poverty, ethnocentrism, corruption and overdependence on donors.

Given the current political development in the country, one may also add the ever widening political polarization and the winner takes all syndromes in the country?s body politics, which has the tendency of marring or eroding popular legitimacy, real democracy, political stability, stable peace and development.? Two factors remain critical in this respect; first, the quality of the system of governance in a state and, second, how and for what purposes holders of state power use the resources they have at their disposal.

Ghana as a country has undoubtedly attracted the admiration of the global community as a result of the gains and progress made so far in her constitutional democratic evolution since 1992 as this was further exemplified in the just ended 2012 Supreme Court Election Petition, which was considered by many as not only a test case but an important leap in Ghana?s democratic dispensation.

However, given the recent trend of political polarization and the winner takes all syndrome? in Ghana (whether? perceived or real )and the fact that the country has?? two dominant political parties that seem to have been polarized along partisan lines with roughly equal popularity, provides a potential recipe for gridlock.

Particularly when one of the two major political parties becomes intransigent outlier?ideologically extreme; contemptuous of the inherited social and economic policy regime; scornful of compromise; unpersuaded by conventional understanding of facts, evidence and science; and dismissive of the legitimacy of its political opposition, when one party moves this far from the center of Ghanaian politics, it is difficult to enact policies responsive to the country?s most pressing challenges and this affects development, popular grass root participation in governance and further reaffirms and consolidates the winner takes all syndrome.

Government after government over the years have only sung and preached about the need for all-inclusiveness as a panacea and mechanism by which the hot tempo of political polarization could be ventilated, with none actually demonstrating the needed political will and commitment to this course after assumption of power. The situation is seemingly getting more compounded as the phenomenon of political polarization is gradually taking tribal and ethnic dimensions in Ghana?s body politics resulting in a systemic shift from issues based politics to personality attacks and deliberate character assassination.

It is therefore not surprising to see the mounting teeth-grinding tension, accusation and counter accusation during every parliamentary and presidential election in Ghana, simply because of the winner- gains and the loser-loses attitude and mentality of the ?modern? Ghanaian politician, resulting in the creation of two artificial political seasons in Ghana, that run concurrently;-dry season for the opposition and wed season for the political party in power.

In this current state of affairs, decency, decorum and civility in politics have been thrown to the dogs, integrity is getting extinct and the truth is sacrificed on daily basis for selfish interest.

The fundamental question are; how long in the name of democracy, canwe continue to gamble with and sacrifice Ghana;-her people, resources and fragile peace on the altar of parochialism.

How long can we continue to lose the competence, expertise and invaluable contributions of the opposition to national development through this cancer exclusivity in governance?

Ghana is bigger than any individual person, ethnic group or political party and what she needs to grow even more is an all-inclusive celebration of a WIN- WIN situation by all parties.