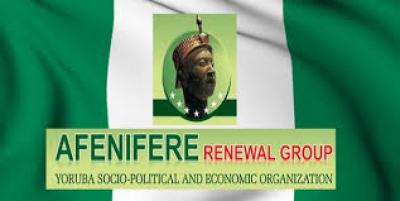 The Afenifere Renewal Group (ARG) has described Gov Rabi?u Musa Kwankwaso?s comment endorsing the immutability of the 1999 Constitution and called on all Nigerians to condemn it as “selfish and unpatriotic”.

In a media interview recently, the Kano State Governot was quoted as saying that ?any Constitution other than the 1999 Constitution should be rejected because anything less than that is an instrument by those who think it will help them.?

ARG, in a statement signed by its publicity secretary, Kunle Famoriyo, blamed Kwankwaso, and other self-seeking Nigerian politicians, for endorsing 1999 Constitution when it suits him and calling for its amendment when it does not.

?Kwankwanso, one of those who believe the 1999 Constitution is perfect for Nigeria, has had two reasons to call for its amendment recently. He changed his stance on the agitation for state police when his security aides were withdrawn by ?order from above? during the Kano Emirship commotion. He also called for amendment of the impeachment laws when a raft of impeachment wave threatened governors of his party, All Progressives Congress, claiming Nyako governorship in the process,? the statement said.

?These two calls for constitutional amendment, coming at a time that Kwankwanso was at the receiving end of the imperial and despotic powers of the 1999 Constitution, seem to suggest that the Constitution must exist only to serve his personal good and that of others with similar stance. It does not bother them if and when others are the victim of the Constitution?s despotic powers.?

The group said Nigerian politicians have not proved that democracy is indeed a better alternative to military rule, adding that ?All Nigerian presidents since 1999 have found the 1999 Constitution handy in justifying dictatorial tendencies, with the current president claiming he is yet to even use 10 percent of the (despotic) powers of the constitution. This is a dangerous pointer to the fact that Nigerian politicians are still not faring better than military dictators who churn out decrees and amend them to suit their dictatorship ego.

?Neither Kwankwaso, nor any Nigerian politician, need be at the whipping end of the Constitution before patriotic sense prevails on all of us to fight to entrench true federalism in Nigeria. For Nigeria to survive, it must provide an equitable basis of existence for all federating units. The 1999 is evidently inequitable and needs, not piecemeal amendments, but a total reworking.?