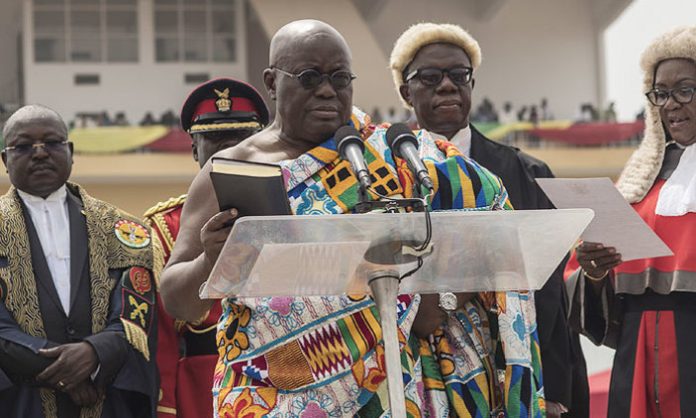 There are reports that corruption is the root cause of the economic collapse of many countries in the world. In today’s nepotic, and tribalistic Ghana, institutional corruption is increasingly difficult to detect, deter and prosecute.

This is particularly true when the alleged wrongdoing involves party apparatchiks or even financiers. In a society like ours where some individual offenders are considered to be “too big to fail” or “too big to jail”, we definitely have to forget about all the rhetoric we keep making in the fight against corruption, and wrongdoing. Of further concern to many Ghanaians is the obvious cry off in confidence in government and public institutions, and the implications this has for the legitimacy of our government and public institutions. It is public knowledge that the dwindling confidence in our governance system is associated with revelations of inappropriate actions, wrongdoing, and corruption on the part of public officials; for the most part those appointed by the President.

Sadly, we are gradually digging our own graves in this country, and very soon, we shall have nothing to celebrate as Ghanaians. Just some few days ago, we heard about the blatant violation of our procurement law in the BOST contaminated fuel saga and the cover up from the BNI and National security. How many of us have had the temerity to question the actions and inactions of these leaders who are supposed to serve us? Are we building a country or our interest is to defend the many wrong doing in our individual political parties to save it from its piebaldism deals? Many of us recall how the erstwhile NDC administration used the Bureau of National Investigations (BNI) to clear the two persons who threatened the lives of the Supreme Court judges on Montie FM.

In a case plagued with perplexities, the BNI issued a statement and excerpts of which stated that “checks by the BNI have however established that the suspects were incapable of carrying out their pronouncements but did so in a show of needless bravado”. Many government functionaries at the time hailed this act of defense from the BNI; whiles many of us in opposition criticized it. In a similar fashion, ACEP, in partnership with Swiss NGO, Public Eye, revealed that Swiss commodity trading firms were exploiting lax regulatory standards to sell dirty diesel to African consumers. The report indicated that the sulphur content of diesel samples in Ghana was 300 times more than that of European countries, US and even Kenya which has 50 parts per million (ppm). They further cautioned that the fuel puts the lives of millions of individuals at risk due to the inhalation of fumes from vehicles in those cars. When these damning revelation came up, we were all shocked to hear the CEO of the National Petroleum Authority at the time, Mr Moses Asaga defend this in public by saying “Ghana was importing toxic fuel into the country because Tema Oil Revenue (TOR) lacks the capacity to meet the global specification”. Can you believe this? Today, what has changed? And what is the difference between the NPP and the NDC? Is the NPP not committing the same mistakes of the NDC by using subtle means to rationalize them? What would have been the reaction of the NPP if they were to be in opposition hearing cases of corruption and abuse of incumbency?

As you are already aware, two unlicensed companies (Movenpinaa and Zup Oil), have purchased over 5 million litres of CONTAMINATED fuel from the Bulk Oil Storage and Transportation Company (BOST) causing the nation to lose about GHc 7 million in revenue and some are wishing that the issue is swept under the carpet? Oh No! And the response we are getting from government and its communicators is that the NDC also sold over Ghc12million worth of contaminated fuel without recourse to due process so this issue is no news? Ahba! Now, the same BNI which was discredited last year has out of the blue assumed enough integrity to clear BOST and its MD, Mr. Alfred Obeng Boateng of wrongdoing? And those who are busily defending this by saying that “the sale of contaminated fuel is an acceptable practice”, are they suggesting through their public utterances that they are unapprised of Section 16(2)(c) of the Public Procurement Act, 2003 (Act 663) as amended by the Public Procurement Amendment Act, 2016 (Act 914)?

Is it that we have no integrity regime that fosters ethical governance practices while protecting the interest of Ghana? Are public servants not supposed to know what their rights and obligations are in terms of exposing actual or suspected wrongdoing within the public service? Should public servants not have clear rules and procedures to follow, and a formal chain of responsibility? Must our political leaders not be responsible for maintaining a high standard of propriety in the discharge of their duties? Should their commitment not be seen by taking action that reinforce ethical behaviour and create sanctions against wrongdoing, by providing adequate support for ethics-related activities, and by avoiding exploitation of ethics, rules and laws for political purposes?

Considering the challenges we have on our hands, we must encourage public scrutiny through a transparent and democratic processes, by having an independent parliament which is free from executive influence and control. The right to information bill for example, must be passed with a sense of urgency, whiles we promote an active and independent media. Our lasting solution would be to have honest leaders serving as role models in every aspect of life.

And from now on, we must change our attitudes and our minds from always defending the indefensible. We must realise that he who approves of wrongdoing is as guilty as he who commits it.