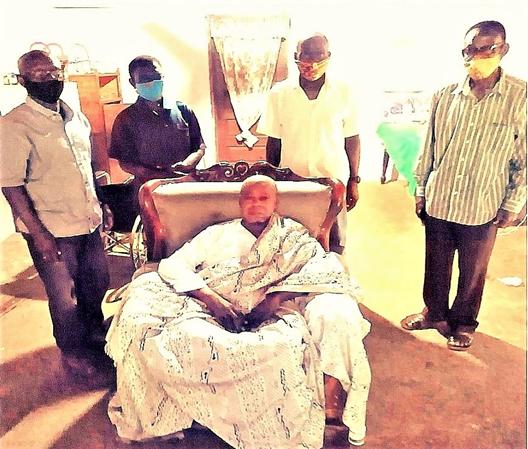 Key actors charged with the responsibility of ensuring a successful general election this year, should work diligently in their respective responsibilities, the Council of Ewe Chiefs in the Ashanti, Bono, and Ahafo Regions, has advised.

This year’s presidential and parliamentary polls, according to the Council, served as a platform for the nation to raise her benchmark on democratic governance and the rule of law.

“The world is looking at how Ghana would conduct another peaceful and successful elections,” Togbuiga Mawufeame Fugah, the President, noted.

Addressing a press conference at Gyinyase in the Asokwa Municipality of the Ashanti Region, after a meeting of the Council, he urged political parties, security agencies and the Electoral Commission (EC), in particular, to be up to the task at hand.

He said it was important that the National Peace Council (NPC) also liaised effectively with the National House of Chiefs (NHC) and other civil society organizations to create the needed awareness for peaceful elections.

Togbuiga Fugah condemned the recent violence that occurred in some parts of the country in the course of the EC’s registration exercise, including Banda in the Bono Region.

“We must not allow our party differences to divide us as a people, neither are we supposed to kill each other because of politics” he cautioned.

The socio-economic development and political stability of the country, he said, should be everybody’s utmost priority.

Mr. Reuben Egbezuale, acting General-Secretary of the Council, said the Ewe community was grateful to the Asantehene, Otumfuo Osei Tutu II, and Oku Gyeabour Nana Banko Adie, Osiakuahene of the Banda Traditional Council, for their continuous support for the people.