Dr Steve Manteaw, Co-Chair of the multi-stakeholder committee of the Ghana Extractive Industry Transparency Initiative (GHEITI), has said natural resources in a given society is a key component for enhanced development. 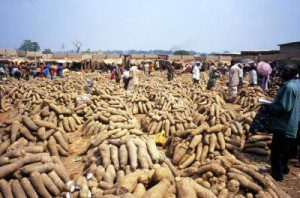 However, he said, if such were not efficiently managed it could possibly erode democratic accountability as well as serve as a basis for conflict and social strife.

Dr Manteaw said this at a dissemination workshop organized by World University Service of Canada (WUSC) and Ghana Extractive Industries Transparency Initiative (GHEITI) at Daboase in the Western Region.

He said countries like Angola, Sudan, Liberia, Sierra Leone and the Democratic Republic of Congo were a few examples where poor resource management has resulted in social strife.

He said GHEITI originated from the 2002 World Summit on Sustainable Development (WSSD) with the main aim of resolving problems in the extractive sector, adding that the initiative was grounded in a shared belief that the prudent exploitation of natural resource wealth would provide the basis for sustainable economic growth and contribute to sustainable development.

Madam Rachel Fosuwa Sarpong, the District Coordinating Director for Wassa East, said the dissemination workshop was timely to inform key stakeholders on the effects and benefits of natural resources.

She said the workshop would also promote popular participation which is a very important tool in ensuring transparency and accountability in the management of revenue from mining resources.

Madam Sarpong said in the past revenue accrued from extractive resources were used for recurrent instead of capital expenditure which resulted in poor development outcomes.

She said GHEITI is around to promote the prudent exploitation of natural resource wealth, ensure that citizens benefited from the natural resource extraction and also provide citizens the opportunity for public debate on how revenue from extractive resource should be used.

Mr Kwaku Boamponsem, an official of Boas and Associates, said GHEITI’s objectives could only be met through enhanced transparency of funds in relation to payments, receipts disbursements and utilization.

He said corporate tax was the largest of the mining revenue streams received by the government in 2014 whiles Grounds Rent receipts were significant for the first time in the reconciliation process.

She said WUSC was currently working in partnership with West African Governance and Economic Sustainability (WAGES) to identify business opportunities for communities and strengthen local and national businesses.

Madam Acheampong WUSC and WAGES were jointly implementing initiatives in Guinea, Burkina Faso and Ghana where they are currently working in Bogoso and Wassa East.

The Country Director said one of the objectives of WUSC and WAGES was to give people in mining areas alternative livelihood so that life could be meaningful to the people after mining activities have concluded in the area.