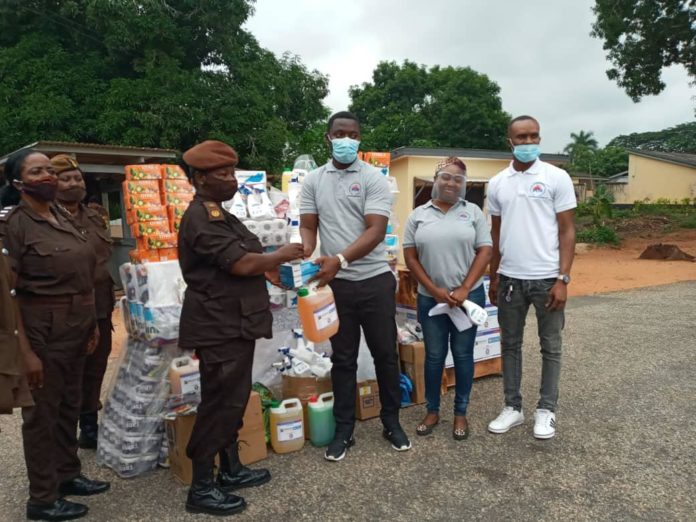 Madam Juliana Abokuma Edzii, Project Officer, POS Foundation, facilitator’s of the Justice For All Programme, on Monday called on government to speed up the passage of the Community Service Bill.

She said the bill, alternative to imprisonment, would allow petty offenders to undertake community services.

“This law does not exist in Ghana’s jurisdiction so we have been advocating for it, we did the bill in consultation with the Ministry for the Interior, somewhere last year.

“Currently it has moved through all the stages and is back to the Ministry and is expected to go to Cabinet.”

She said government should also listen to the call and plea to legislate a constitutional instrument for probation and parole, which would go a long way to decongest the prisons.

She said the Foundation believed that they were standing in solidarity with the Prison service to support them because the COVID-19 pandemic had caused a lot of havoc across the world and the prisons was one major place where an outbreak could be catastrophic.

She said the series of donation which was ending today started from Nsawam Security Prisons through to Kumasi, Sunyani, Tamale and Navrongo.

She said the donation would go a long way to help the Prisons Service to care for the inmates and officers.

Madam Edzii said from the interactions at the various prisons, POS was calling on the President to again grant amnesty to non-violent drug users in addition those he had already granted amnesty.

She said drug use was a public health problem and as such should be treated in that regard.

“We are also ready together with our partners, Agencies GIZ/German Cooperation and Open Society Foundation/OSIWA, to fund such prisoners who may be granted amnesty to receive treatment”.

Chief Superintendent of Prisons Janet Asabea, receiving the items, expressed appreciation to POS Foundation for the donation.
She said the donation would go a long way to help the inmates, adding that the Nsawam Prison was yet to record a case because of the strict adherence to the protocols, including social distancing.

“We at the female prison luckily have no issues with overcrowding. Our official capacity is supposed to be 200 but currently our population is 72, so we are able to space out.”

She said the challenge was, however, the lack of an isolation centre, and appealed to POS Foundation to come in to get them a block to be reserved for isolation of inmates in case there was a suspected case until those in charge take over.