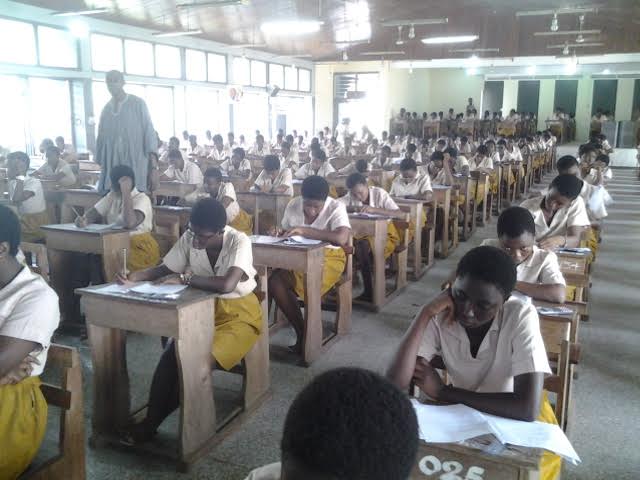 Heads of Second Cycle institutions in the Upper East Region have appealed to the government to post health workers to the various schools to test students when they return to school.

They noted that though the government promised to supply teachers and students with some Personal Protective Equipment, it was imperative for the Ministry of Health and the Ghana Health Service to post some frontline workers to the various schools to screen all teachers and students before they entered the schools.

This, they underscored, would ensure that students who had symptoms of the Coronavirus Disease (COVID-19) were identified, isolated and given the necessary treatment required.

During President Akufo-Addo’s 10th address to the nation on the measures being adopted to ease restrictions with regards to the fight against the spread of the Coronavirus Disease, final year students as well as gold track second year students of second cycle institutions were asked to return to school by June 22, 2020.

The President further asked management of the schools to ensure that the prescribed safety protocols were followed to curtail the spread of the infectious disease.

When the Ghana News Agency visited some schools in the Region to interact with management of the schools to ascertain their preparedness level towards reopening of the schools, the heads expressed readiness and said measures were being put in place to ensure the necessary directives were strictly adhered to.

The Headmasters said their schools had been fumigated and they had acquired some sanitation materials including veronica buckets, hand sanitizers and soap, to ensure both teachers and students practiced regular hand washing.

Mrs Patricia Anaba, the Headmistress of Bolgatanga Girls’ Senior High School (BOGISS), said the number of classes had been expanded from the usual 12 and 10 for third and second years’ gold track to 23 and 22 classes respectively as the number of students per each class was reduced to between 25 and 30.

While indicating that the school had few sanitation materials including veronica buckets, hand sanitizers and soap positioned at vantage points to encourage hand washing, the Headmistress appealed to government to increase the PPE especially the nose masks for each teacher and student.

Speaking to the GNA in an interview, Mr Afelbeik Ababu, the Headmaster of the Bolgatanga Senior High School (BIG BOSS), said the school was ready for the students to resume, while the required precautionary protocols including physical distancing would be strictly ensured.

He said the school had been fumigated and some Personal Protective Equipment provided for the staff who were still in school.

The school management had procured 20 veronica buckets, soap, hand sanitizers and stands and two infrared gun thermometer for the dispensary.

The Headmaster said the classes had been reduced to between 25 and 30 while the dining sitting arrangement was also reduced from 12 to six persons per table and the number of students in each dormitory had also been reduced.

Mr Joseph Tham, the Senior House Master, Bolgatanga Technical Institute (BOTECH), said the school was running only one track and about 830 final years’ students were expected to return to school.

He explained that all the necessary directives were being implemented to ensure that the teachers and students observed the precautionary protocols to curtail the spread of the virus.

All the Heads of the schools told GNA that sirens would be employed to make announcements for all social gathering such as Assemblies and public prayers among others.