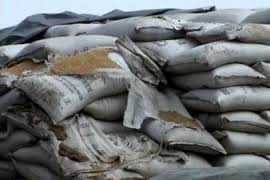 This figure represents 18 per cent of the country’s annual maize production and Northern Region is the largest contributor with 20,411 tonnes annually followed by Upper East Region and Volta Region which also contribute 13,000 tonnes and 8,983 tonnes respectively.

Upper West, Brong Ahafo and Central Regions are the least contributors with 778 tonnes, 734 tonnes and 636 tonnes respectively and according to Dr Tran most of the maize was lost because the farmers failed to dry it thoroughly before storage.

Mr Emmanuel Sasu Yeboah, Upper West Regional Director of Agriculture revealed this during the Regional Post-Harvest Losses Forum organised by the Ghana Trades and Livelihood Coalition (GTLC) in collaboration with SNV under the Voice for Change (V4C) partnership project.

He said major crops in the region which suffered post-harvest losses included; maize, sorghum, rice, groundnuts, cowpea, vegetables (tomato, okro and green leaves) and yam, adding that these produce are therefore sold immediately after harvest and in the circumstance farmers earned little.

He said another study on post-harvest losses of maize along the chain in the Sissala East and Sissala West Districts in 2015 by a student of the Kwame Nkrumah University of Science and Technology (KNUST) has revealed that more than 50 per cent of maize produced was lost due to poor post-harvest handling.

“Another research conducted in 2013 by the Urban Association Limited (TUAL) on post-harvest losses of selected food crops in 11 African countries including; Ghana…..revealed that almost half of food crops produced in the country do not make it to the consumer”, he said.

He said according to the report as much as 60 per cent of yam produced in Ghana, for instance, did not make it to the final consumer, adding that the level of losses occurring in maize production, ranged between 5-70 per cent.

Between 11-27 per cent and 5-15 per cent of rice and millet/sorghum cultivated never made it to the consumer, Mr. Yeboah said, noting that sucking buds were the major cause of groundnuts post-harvest losses.

He said farmers in the region have still not achieved their maximum potential in spite of several interventions and attributed it to high post-harvest losses.

Again, policy makers and entrepreneurs should invest in roads, storage and processing infrastructure, noting that government’s “One-District-One-Factory” policy could become a key factor in addressing post-harvest losses in agricultural production.

635 Communities In UWR Not Connected To National Electricity Grid – Minister

What is the State of the Ghanaian Consumer?