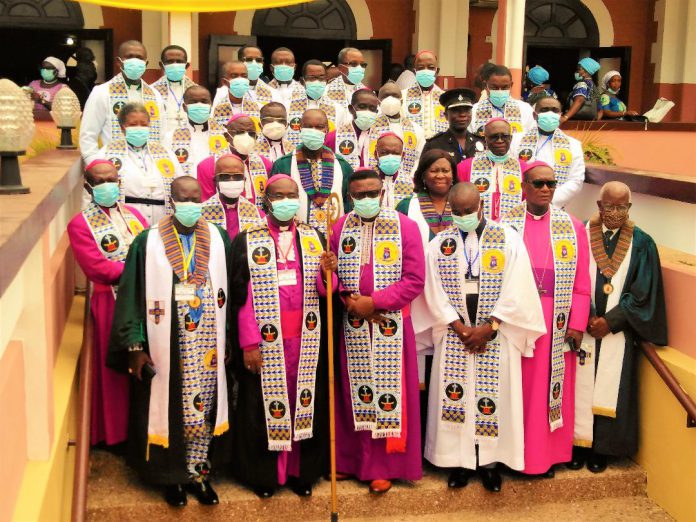 The Kumasi Diocese of the Methodist Church Ghana (MCG) has declared support for the ongoing national campaign to halt illegal small-scale mining in all its forms.

“Posterity will judge us if we fail to protect the environment,” the Right Reverend Christopher Nyarko Andam, the Diocesan Bishop, cautioned.

He said the devastation of the country’s ecology and biodiversity was deeply worrying as the survival of mankind depended on the environment.

Right Rev. Andam, who was addressing the 60th Annual Synod of the Diocese at the Adum Wesley Cathedral, Kumasi, said the wanton pollution of water bodies and destruction of forest resources should be tackled head-on.

“For so many years, the nation has been battling illegal small-scale mining, which has wrecked our water bodies as they get contaminated with poisonous chemicals.

“The Methodist Church is appealing to all Ghanaians to come on board and support the Government’s declaration of war on the menace to remedy the harm caused to the environment,” Bishop Andam said.

According to the Ghana Extractive Industries Transparency Initiative (GHEITI) large acres of land in the Ashanti and Central Regions and other parts of the country have been devastated by illegal mining operators.

Though the Environmental Assessment Regulation, 1999 (LI 1652), requires individuals and organizations to submit an Environmental Impact Assessment (EIA) to the EPA, detailing the potential impact of their projects on the environment and mitigation measures to deal with such challenges, many small-scale miners had flouted the regulation with impunity over the years.

“We should spare no one in this campaign to ensure decency in the management of the environment,” Bishop Andam admonished.

The church, he said, had a critical role to play in speaking against environmental degradation since the flora and fauna played varied roles in the sustenance of mankind.

On the Synod, he stressed the need for members of the MCG to revise their evangelism strategy as they sought to salvage the society from evil deeds.

He said the Diocese had seen a 23 per cent increase in membership over the last five years, attributing the significant growth to the Church’s soul-winning outreach programmes.

The Synod discussed issues on the Church’s projects and vision on education, health, skills development and leadership training, youth development, among others.